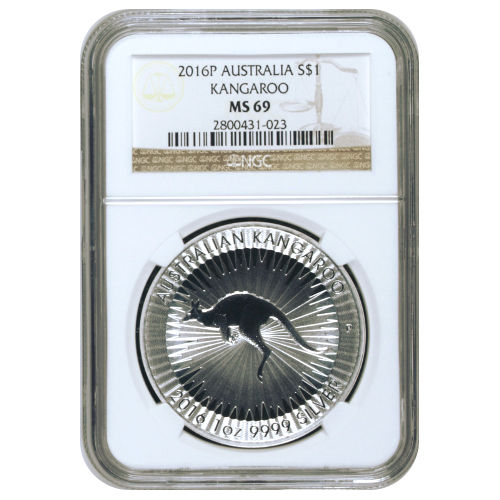 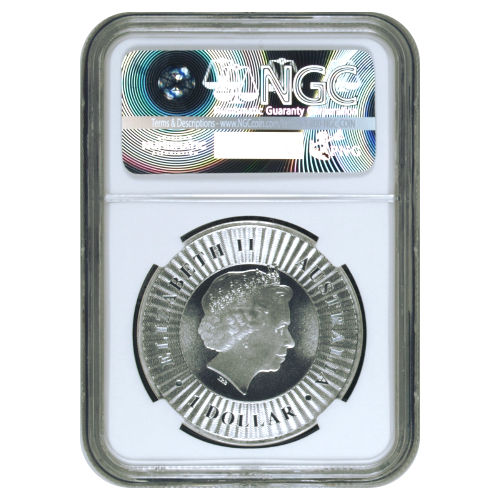 Australia’s Perth Mint has a history of introducing silver bullion coins that go on to earn wide acclaim and generate intense demand among numismatists. Following in the footsteps of the Kookaburra and Koala coins, the Perth Mint released the Australian Silver Kangaroo bullion coin for the first time as a 2016-issue coin. Right now, JM Bullion offers the 2016 Australian Silver Kangaroo in near-perfect condition.

Each of these 2016 Australian Silver Kangaroo coins is considered a near-perfect specimen by the NGC. Coins in this condition have their full, original mint luster, but may also exhibit as many as two minor detracting flaws.

Kangaroos are one of the most beloved creatures from the Australian continent, and are well known around the world as a symbol of the nation. With its distinctive movement and massive, powerful tail, the kangaroo is a unique creature. It is also the largest marsupial in the world today.

On the reverse side of each coin is the image of a kangaroo hopping along. There are actually four subspecies of kangaroo, and the design used by the Perth Mint is that of the red kangaroo created (and previously used on Perth Mint coins) by Dr. Stuart Devlin, a goldsmith and jeweler to Queen Elizabeth II.

The obverse features the right-profile portrait of Queen Elizabeth II, as created by Ian Rank-Broadley. His depiction of Her Majesty represents the fourth-generation portrait of the Queen on commonwealth coins.

Australia’s Perth Mint is one of the world’s elite minting facilities. A state-owned entity of Western Australia, the mint has no association with the federal government in Australia, though its coins are legal tender under the Currency Act of 1965.