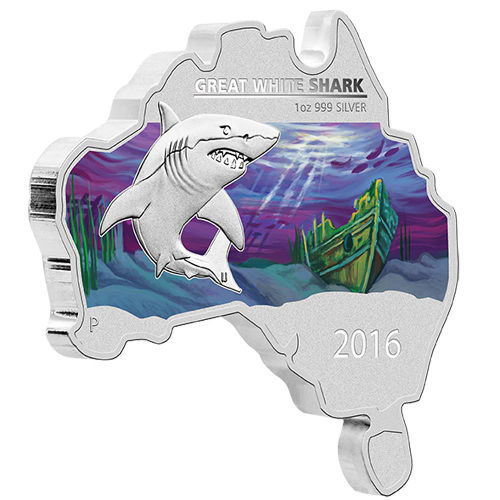 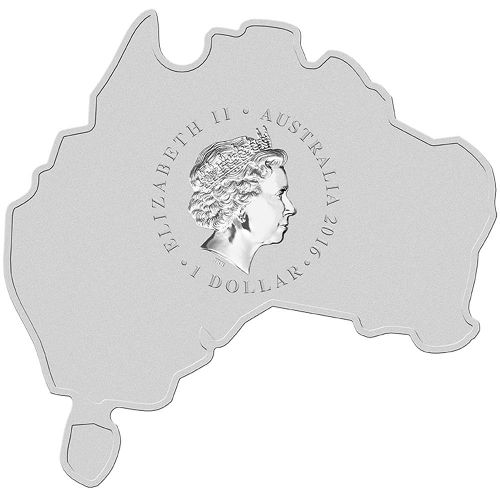 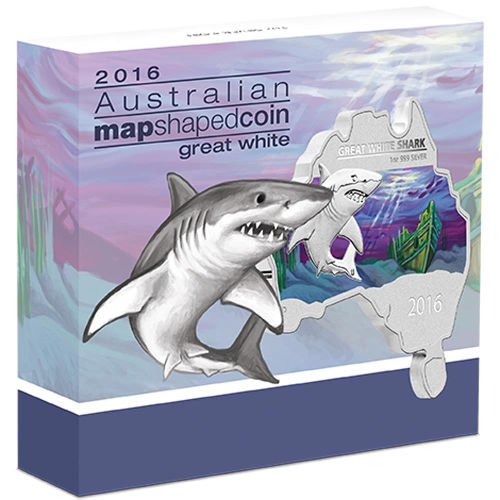 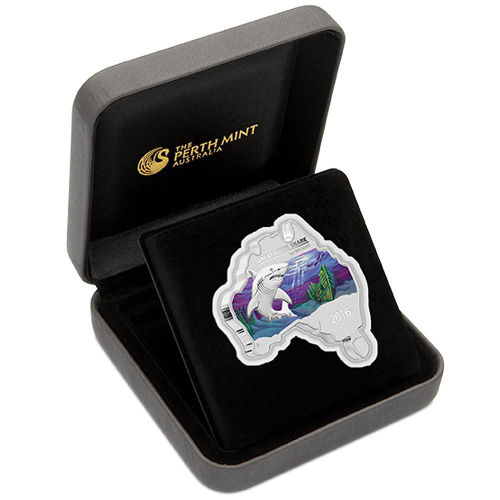 The Australian continent is known for its beautiful vistas and breathtaking natural wonders, but nothing from the island is more famous than its numerous deadly animal species. While the crocodile is considered the most dangerous killer on inland waterways, the Great White Shark is at the top of the food chain along Australia’s coastlines. Right now, the 2016 1 oz Australian Silver Great White Shark coin is available in the map-shaped series on JM Bullion.

Australian Map-shaped coins debuted in 2012 with the design of the nation’s beloved Kookaburra on the reverse face of the coin. The map-shaped coin series highlights species native to the continent, and includes two releases each year. Previous animals to feature on the coins include the Emu, Kangaroo, Platypus, Koala, and Saltwater Crocodile.

The Great White Shark is the ocean’s most efficient killer, and it is frequently spotted along the coasts of Australia. Attacks on humans are, generally speaking, quite rare. However, the growing population of Australia and urbanization of more coastline puts humans and Great White Sharks on a collision course that has seen attack figures rise in recent years.

On the reverse face of the coin you’ll see a colorized stripe across the center (horizontally) that features the image of a shark swimming in its native habitat. Engravings on this side include the “P” mint mark and the coin’s weight, metal content, and purity.

The obverse feature the right-profile portrait of Queen Elizabeth II. Created in 1998 by Ian Rank-Broadley, this image continues as the standard bearer of Her Majesty on the obverse of Australian coinage.

Australia’s Perth Mint is its oldest operating facility, founded in 1898 as part of what was then the Royal Mint system controlled by Britain. Today, the Perth Mint is a separate entity of the Royal Australian Mint, but its coins enjoy legal tender status under the Currency Act of 1965.

You can contact a JM Bullion associate at 800-276-6508 if you have any questions. We’re also available online using our live chat and email features.