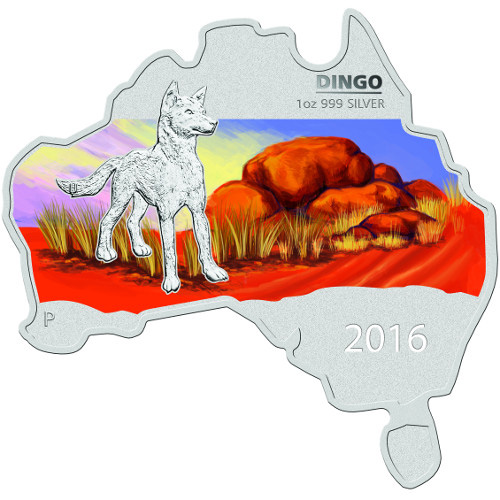 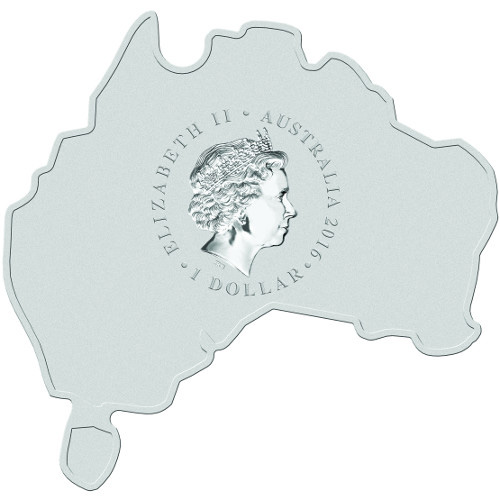 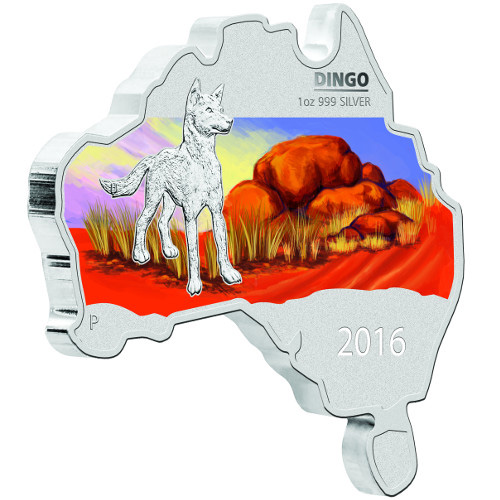 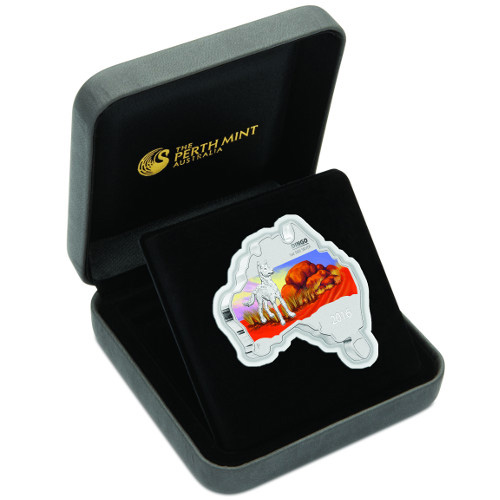 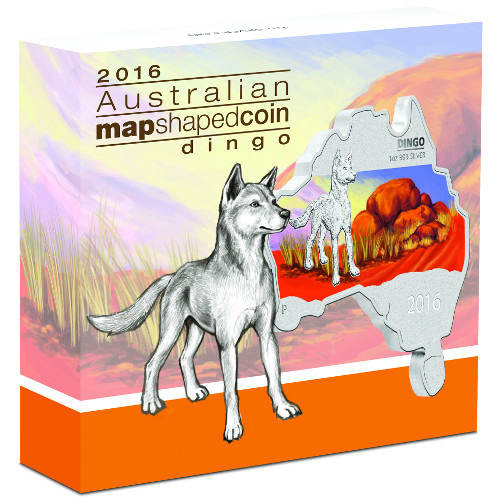 One of the more unique offerings from the Perth Mint in Australia is the continental map-shaped series that includes colorized designs on the reverse featuring habitats and creatures that are native to the nation. Right now, the 2016 1 oz Australian Silver Dingo Coin is available to purchase from JM Bullion.

The Australian Map-Shaped Series from the Perth Mint features two new releases each year. Each individual 1 oz. coin includes .999 pure silver and has a brilliant, map-shaped striking. On the reverse of the coins there is an image of one of the continent’s noble creatures, including the koala, kookaburra, platypus, and saltwater crocodile.

On the reverse of the 2016 1 oz Australian Silver Dingo Coin is the image of the wild dogs that roam the Outback. The dingo is featured in brilliant silver, standing in the rocky outcrop of the Australian desert that has been colorized with stunning hues of red and orange.

The obverse of the Australian Silver Dingo coin you’ll find the effigy of Queen Elizabeth II. Her Majesty has served as the Queen of England since 1952, making her the longest reigning monarch in the kingdom’s history. Her effigy appears on the obverse of all British, Australia, and commonwealth coinage.

The dingo is a wild dog commonly found in Australia’s desert regions. These wild dogs are said to have descended from semi-domesticated dogs kept by societies in East and South Asia, and arrived in Australia roughly 5,000 years ago.

The Perth Mint was founded in 1899 by the British Royal Mint, and was the third facility opened in Australia during British rule. In 1970, control of the mint passed to the state of Western Australia following the 1965 opening of the new sovereign mint for the nation, the Royal Australian Mint.

If you have any questions, please don’t hesitate to ask. You can contact JM Bullion on the phone at 800-276-6508, connect with us online through our live web chat, or send us an email.