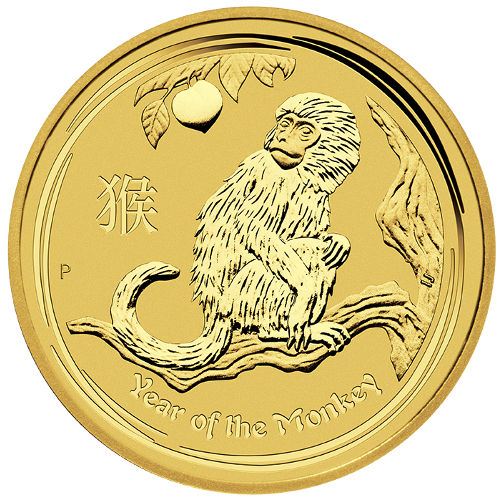 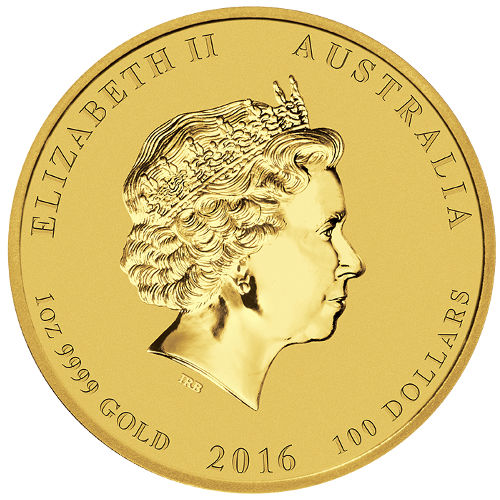 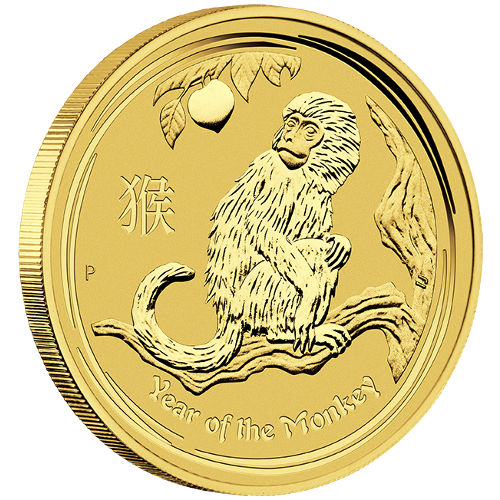 A new lunar year is just around the corner on the Chinese Lunar Calendar, and the Perth Mint is ready with the latest coin in its Lunar Series II program. The Year of the Monkey has almost arrived, and Perth Mint offers an all-new design for the 2016 coins. As with other years, 2016 Lunar Series coins are available in silver and gold, with bullion and proof versions. Right now, JM Bullion offers the 2016 1 oz Australian Gold Monkey Coin in BU condition.

Lunar Series II coins were introduced in 2008 with the Year of the Mouse coin. The series followed immediately in the footsteps of the popular Lunar Series from the Perth Mint, which was in production from 1996 to 2007.

The Lunar Series II coins from Perth Mint are part of a 12-year production cycle that represents each of the animals from the Zodiac. In the Chinese Lunar Calendar, an animal was chosen as a representative of each birth year in the cycle. Those born under the sign of a particular animal are said to share traits and characteristics with those creatures.

On the reverse side of the 2016 1 oz Australian Gold Monkey is Ing Ing Jongs Year of the Monkey design, exclusive to the gold version of the coin. In her image, a single monkey is featured resting in a peach tree, and glancing back over its shoulder at a peach dangling from a branch above.

The obverse bears Queen Elizabeth IIs right-profile picture. Although a new fifth-generation image of Her Majesty was unveiled in 2015, the Perth mint is sticking with Ian Rank-Broadleys fourth-generation image from 1998 to give Lunar Series II coins a sense of continuity in obverse design.

Perth Mint is the oldest operating facility in Australia. Though it is not affiliated the with the nations official Royal Australian Mint, its coins enjoy legal tender status under the Currency Act of 1965.

If you have questions, feel free to reach out to JM Bullion at 800-276-6508. Were also available online through our live web chat and via email. If you are looking for similar products, be sure to check out our full selection of Australian Gold Coins.