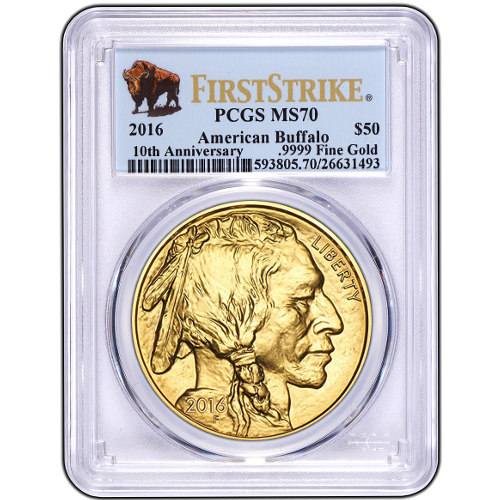 James Earle Fraser was a popular artists and sculptor in the United States during the first two decades of the 20th century. He had completed many private works of art before the United States Mint tasked him with redesigning the appearance of the nations five-cent piece. His iconic Buffalo Nickel design is alive today on the nations first-ever 24-karat gold coin. The 2016 1 oz American Gold Buffalo is available right now from JM Bullion.

James Earle Fraser was born and raised in Winona, Minnesota, and grew up on the prairies of the American Midwest. His upbringing in this simple region of the nation gave him inspiration for designs and sculptures that eventually found a home on the American nickel.

The 2016 American Gold Buffalo coins available for purchase right now on JM Bullion are perfect specimens according to the PCGS. MS70 coins have their full, original luster from the mint and exhibit no detracting flaws of any kind.

On the obverse is the right-profile portrait of a tribal leader, with the word Liberty engraved on the right-hand side. This image appears just as it did on Frasers Buffalo Nickel. The reverse includes the image of Black Diamond, as well as the coins weight, metal content, face value, and purity.

Please direct your questions to a JM Bullion associate at 800-276-6508. Alternatively, you can connect with us online using our live chat and email features.