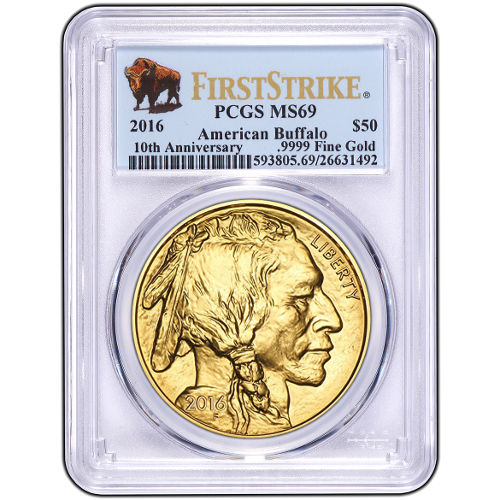 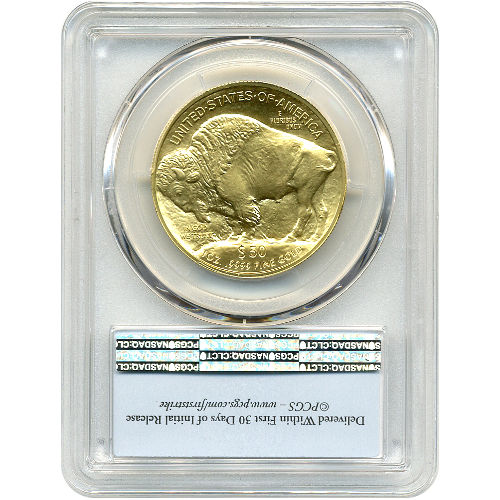 Fraser was a native of Winona, Minnesota, and he grew up on the northern plains of the US, following around his father and working with him. His depiction of a Native American chieftain was created through the combination of facial features from real-world tribal leaders of his day. The other image includes that of a bison, inspired by a real-life resident of the Central Park Zoo.

Each of these 2016 1 oz American Gold Buffalo Coins earned a near-perfect MS69 grade from the PCGS. Coins in this condition exhibit full, original mint luster, but also bear a maximum of two minor detracting flaws such as miniscule hairlines or minor contact marks. All flaws are located outside the primary focal areas of the coin’s surface.

Additionally, these coins earned the PCGS’ First Strike certification. Coins from the First Strike category are certified to have arrived at the PCGS depository within the first 30 days of the release date for 2016 coins as set by the United States Mint.

On the obverse of the American Gold Buffalo coin is the image of a Native American chieftain, captured in right-profile relief. Fraser’s design debuted on the Buffalo Nickel in 1913, and remained in use until 1938.

The reverse of the 2016 1 oz American Gold Buffalo coin includes the image of Black Diamond. Though not an exact replication, Fraser’s left-profile depiction of an American bison was inspired by Black Diamond, a resident buffalo at New York City’s Central Park Zoo in the early 20th century.

If you have any questions about these American Gold Buffalo coins, please contact JM Bullion at 800-276-6508, reach out to us online using our live chat, or send us an email.