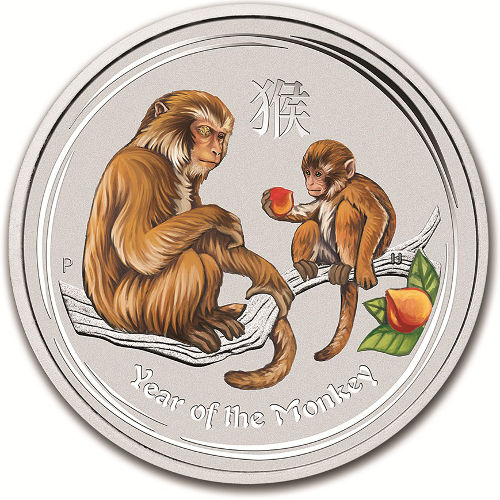 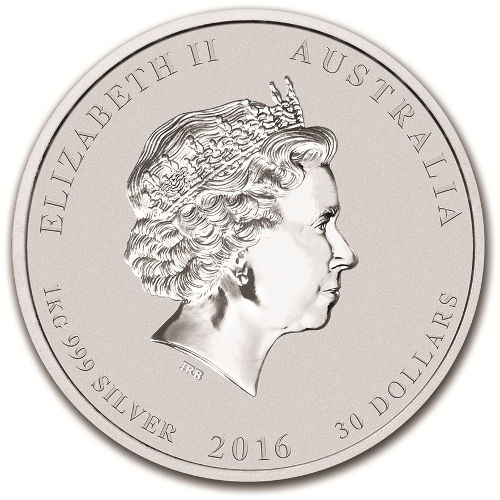 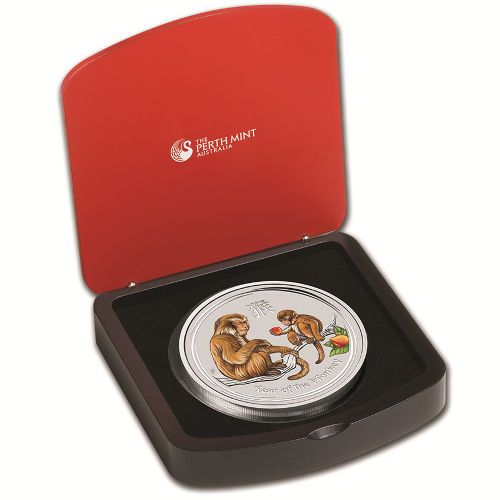 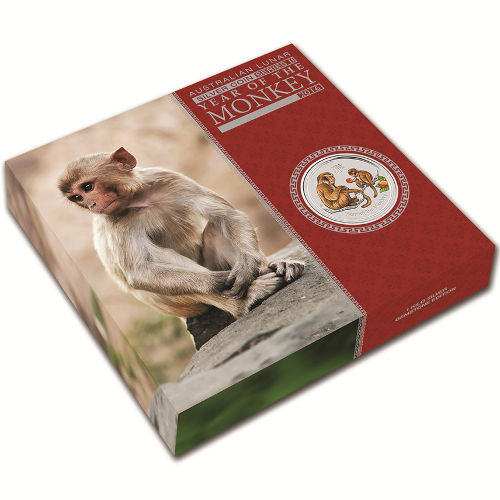 The Perth Mint in Australia is well-known for its impressive designs and stunning purity levels in its silver and gold bullion products. Equally well known are the lunar inspired coins from the mint. Perth Mint is famous for introducing the first lunar series in 1996, and continues that tradition today with a variety of stunning coins in its Lunar Series II program. Now available from JM Bullion, the 2016 1 Kilo Australian Silver Monkey Gemstone Coin.

Lunar Series II coins were introduced in 2008, immediately following the conclusion of the popular Lunar Series I program from the Perth Mint. Each year the mint releases a new design honoring the animal appearing on the Chinese Lunar Calendar that year.

For 2016, the ninth animal in the Zodiac cycle is celebrated with a Year of the Monkey design. The Perth Mint uses differing designs for the silver and gold versions of the coin. In this special striking, gemstones have been added to the reverse design of the coin, and included in the physical features of the monkey.

On the reverse face of the coin is the 2016 Year of the Monkey design. In the image, two monkeys are featured sitting in a peach tree. An adult monkey sits on the same branch as a young monkey, which holds a peach in its hand that is extended to the adult.

The obverse features the right-profile depiction of Queen Elizabeth II designed by Ian Rank-Broadley in 1998. Although a new, updated profile of the Queen has been released for commonwealth coins, the Perth Mint persists with Rank-Broadleys design to ensure consistency in the obverse imagery of all Lunar Series II coins.

Australias Perth Mint was founded in 1898 as part of the British Royal Mint system on the continent. Today it is a state-owned entity of Western Australia, and is not affiliated with the federal governments Royal Australian Mint.

Please contact JM Bullion with any questions you may have by calling 800-276-6508. Were also available online using our live web chat and email features.