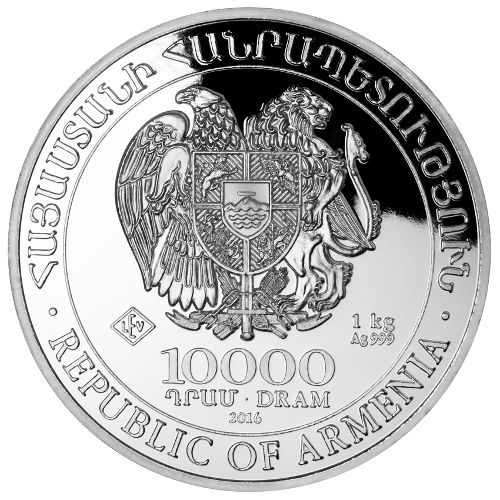 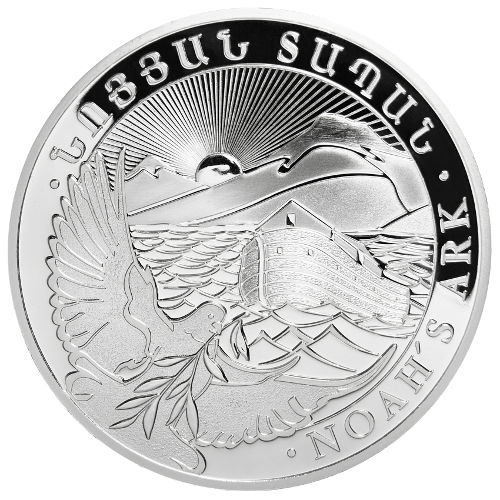 A common feature of many sovereign bullion coin programs from mints around the globe is continuity. While some mints alter the image on the reverse each year, Geiger Edelmetalle strikes the Armenian Silver Noah’s Ark coin with the same biblical imagery on the reverse from year to year. Right now, the 2016 1 Kilo Armenian Silver Noah’s Ark Coin is available for investors through JM Bullion.

In the Christian bible, the book of Genesis tells us of God’s choice to flood the Earth to cleanse the planet of mankind’s sins. Noah and his family are tasked with building an ark to sustain themselves and two of every creature on the planet. After the flood, their job was to repopulate the Earth in a clean environment.

Armenia is deeply connected to this story from the bible for two reasons. In addition to being the first modern nation in world history to declare Christianity an official state religion, Armenia was also the resting place of Noah’s Ark on the face of Mount Ararat.

The reverse side of the 2016 1 Kilogram Armenian Silver Noah’s Ark Coin features a depiction of the biblical flood. In the background, the sun peaks over Mount Ararat with its bright rays. The middle ground features Noah’s ark as it floats atop the flood waters, while a single dove flies into the foreground with an olive branch in its beak.

The Geiger Edelmetalle Mint in Germany produces these coins on an annual basis for Armenia at its Leipziger Edelmetallverarbeitungs subsidiary. These 1 Kilo coins were first introduced in 2012, one year after the first coins were released in 2011.

We encourage all JM Bullion customers to contact us with their questions. You can reach one of our associates on the phone at 800-276-6508, online using our live web chat, or submit your questions to us via email. If you are looking for similar products, be sure to check out our selection of Certified Silver Coins.