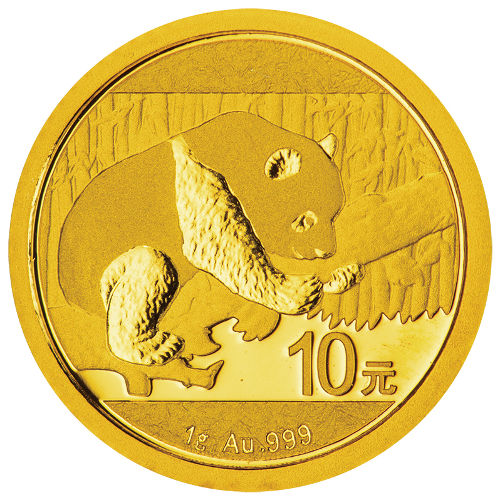 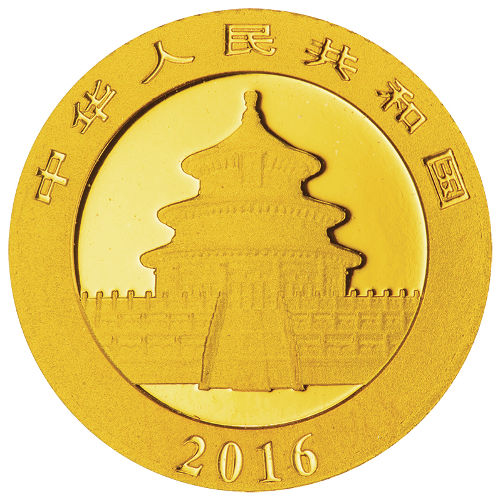 The 2016 Chinese Gold Panda coins mark a significant change in the production of Chinas most popular bullion coin program. Since its inception in 1982, the Chinese Gold Panda has been struck and weighed by ounces. Starting in 2016, the Peoples Bank of China will issue the popular coins with weights listed in grams. Today, the all-new 2016 1 Gram Chinese Gold Panda Coin is available from JM Bullion.

First struck in 1982, the Chinese Gold Panda is the official gold bullion coin of the Peoples Republic of China. The coins were originally available in weights of 1 oz, oz, oz, and 1/10 oz. One year later the Chinese Mint added a 1/20 oz coin to the program, and phased in a 5 oz and 12 oz coin over time.

For 2016, the Chinese Mint has decided to release the Chinese Gold Panda coin with weights in grams, rather than ounces, to match the nations standard system of weights. The six coins announced to date include 5 gold coins (1, 3, 8, 15, and 30 Grams) and 1 silver coin (30 Grams).

On the obverse face of the coin youll find the latest image of the panda, the unofficial symbol of the Peoples Republic of China. The coin design features a mature adult panda as it climbs along a fallen tree trunk. In the background, a wall of bamboo shoots provides a beautiful backdrop. The coins face value, weight, metal content, and purity are engraved on this side.

The reverse features the Temple of Heaven from south-central Beijing. Above it is the engraving of Peoples Republic of China in Chinese characters, while the year of minting is featured below. While the image onthe obverse changes each year, this reverse image has remained the same since 1982.

Chinese Mint coins bear no mint marks, making them one of the few bullion coins from a sovereign mint to lack these identifying marks.

If you have questions, JM Bullion associates can help. Contact us at 800-276-6508, chat with us live online, or submit your questions via email.

Danny from - December 19, 2019
"Great coin! The mint sealed plastic was bent on the sides but the coin looked flawless."

Anthony from - May 17, 2019
"They\'re very small! My very 1st piece of gold. Gotta start somewhere, right? A great way for someone to dip their feet into precious metals."