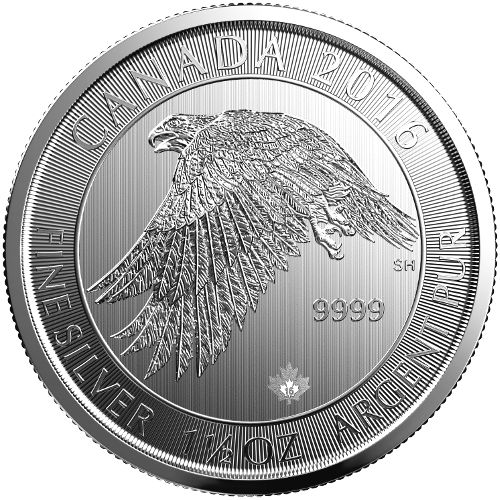 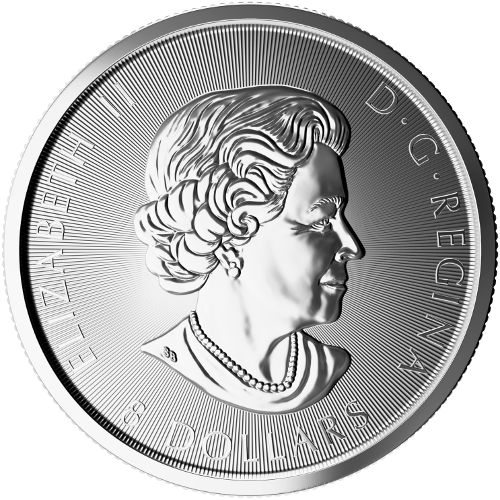 The Royal Canadian Mint is known not only for its impressive purity in coinage, but also some of its unique design and weight programs. Among them is the series of 1 ½ oz silver coins featuring creatures from the Canadian Arctic. In the fourth installment of the series, the Falcon takes center stage in the design process. Today, JM Bullion offers the 2016 1.5 oz Canadian Silver Falcon coin for purchase in BU condition.

Each 2016 1.5 oz Canadian Silver Falcon Coin in this JM Bullion listing features a BU grade. Coins in Brilliant Uncirculated condition exhibit no signs of wear and tear, however you may notice minor blemishes such as breaks in the luster, spotted surfaces, or contact marks from the striking process.

The Snow Falcon is the fourth design installment in the Royal Canadian Mint’s 1.5 oz series of Canadian Wildlife Coins. Each design in the series features an element of the Canadian Arctic, with previous wildlife designs in the series featuring the Arctic Snow Fox and the Polar Bear. Falcons are able to fly at high speeds because of their wing shape, and unlike the eagle and hawk, will kill their prey with their beaks instead of claws.

On the reverse face of the 2016 1.5 oz Canadian Silver Falcon coin you’ll find the image of the Falcon as it flies across the sky. Engravings include the nation and year of issue, the coin’s purity, metal content, and weight. There are also the RCM’s latest anti-counterfeiting design features, which include the Maple Leaf privy with year of issue inside and the radial lines along the edge.

The obverse of the coin features the right-profile portrait of Queen Elizabeth II created in 2003 by Susanna Blunt. This side features engravings of Her Majesty’s name, the face value of the coin, and the phrase “D.G. Regina.”

The Royal Canadian Mint was founded in 1908 to process gold and other precious metals discovered in the Yukon Territories. It was the first step in Canadian independence, providing the nation with its own minting capacity. The opening of a second facility in Winnipeg in 1980 increased the mint’s capacity.

If you have questions, please reach out to JM Bullion. Our customer service team is available at 800-276-6508, online using our live chat, and via email. To see similar products, check out our full selection of Canadian Silver Coins.

Robert from - February 27, 2021
"Absolutely gorgeous silver coin! Wish I had bought more of these when they were available! JM did a great job on customer service too!"

Jack from CA - October 09, 2018
"Again thanks for this FINE silver from my birth country. will purchase more in the near future. Thanks again, CA, Jack"