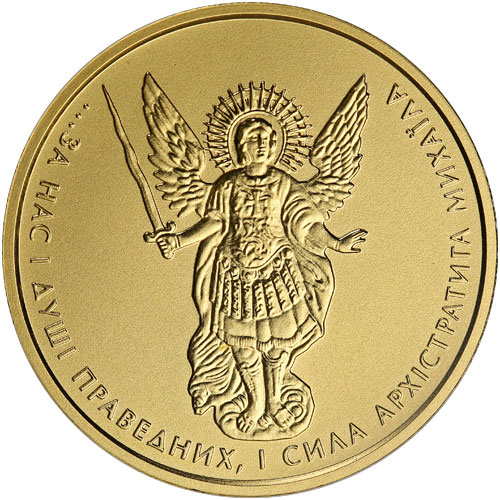 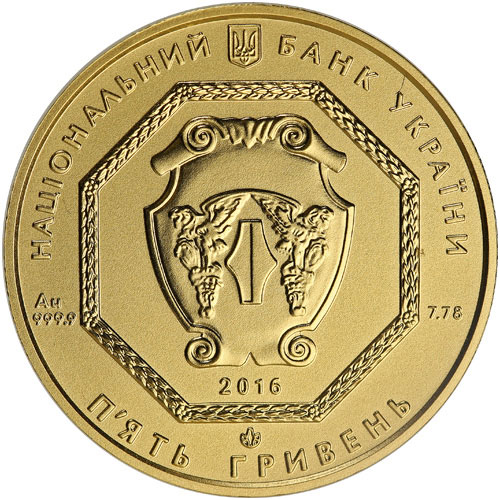 The National Bank of Ukraine manufactures these elaborate coins with astounding craftsmanship and low mintages, catching the eye of investors and collectors alike around the globe. These 2016 oz Ukrainian Gold Archangel Michael coins are in BU condition, which indicates there are no signs of wear and tear. However, you may notice a range of minor flaws includes breaks in the luster, spotted surfaces, and contact marks.

On the obverse of the 2016 1/4 oz Ukrainian Gold Archangel Michael Coin is the image of Saint Michael. He is depicted on the face of these coins wearing a full suit of armor with a halo of sunlight behind his head. In his right hand he wields a sword and his wings are outstretched behind his figure.

The reverse of the coins includes the national coat of arms for the nation of Ukraine, as well as engravings of the name of the National Bank of Ukraine. All text engravings on both the obverse and reverse sides of these coins are in the official language of the nation: Ukrainian.

Please dont hesitate to contact JM Bullion with any questions. You can reach our customer service associates on the phone at 800-276-6508, online through our live web chat feature, or by sending us an email.