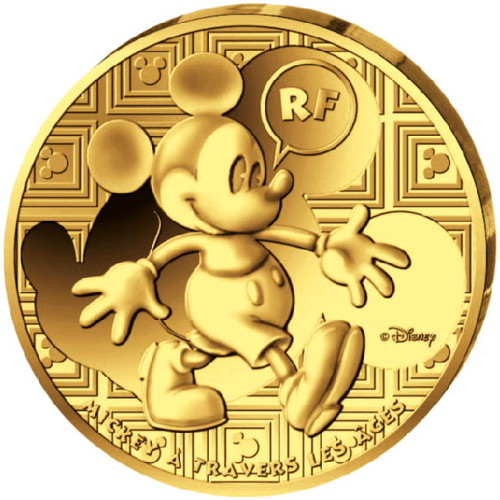 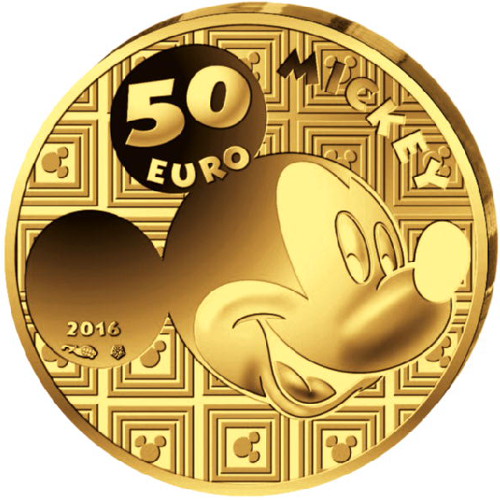 There are few brand around the world as pervasive and popular as that of Walt Disney. With the help of a small mouse he drew nine decades ago, Walt Disney built a dynasty that includes toys, animated films, princess-themed items, costumes, and theme parks. Right now, the 2016 1/4 oz Proof French Gold Mickey Mouse Through the Ages Coin is available to purchase from JM Bullion.

One of Mickey Mouses earliest acquaintances, aside from his beloved Minnie Mouse, was his trusty dog Pluto. In the animated short film Mickeys Nightmare, Pluto incessantly bothers Mickey as he is saying his nightly prayers before bed. As Pluto climbs into Mickeys bed while hes sleeping, the dogs face licking continues throughout a nightmare Mickey has about marrying Minnie and having children together.

Mickeys Nightmare was a black-and-white film produced by Walt Disney in 1932. It features as one of the designs from the Monnaie de Paris Mickey Mouse Through the Ages coin collection, which includes two other gold coins and two silver coins, all available as proof coins.

The obverse of the 2016 1/4 oz Proof French Gold Mickey Mouse Through the Ages Coin is the image of Mickey as he walks along in the animated short film Mickeys Nightmare. The designs include the use of an engraving, in French, that identifies the coin collections name.

On the reverse of all Proof French Mickey Mouse Through the Ages Coins, both silver and gold, is the iconic profile of Mickey Mouse. This well-known image includes his facial features, and engravings of the face value, his name, and the year of issue for the coins.

The Monnaie de Paris is the official sovereign mint of France, and was founded in 864. Originally sharing the duty of French coining with smaller, provincial mints in France, today it is the primary issuer of French currency and is the oldest operating institution in the world.

If you have any questions, please dont hesitate to reach out to us. You can contact JM Bullion customer service on the phone at 800-276-6508, connect with us on the web using our live chat feature, or email us directly. To see similar items, check out our Disney Silver Coins page.