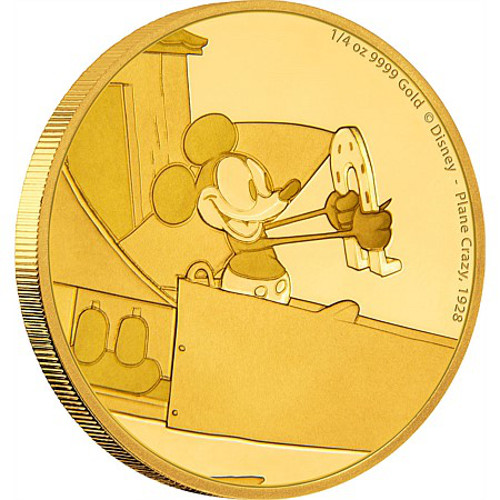 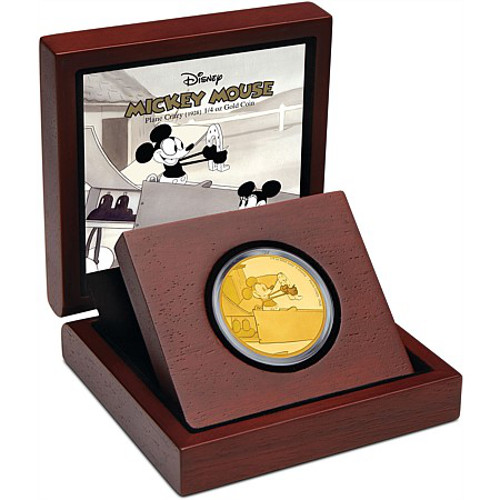 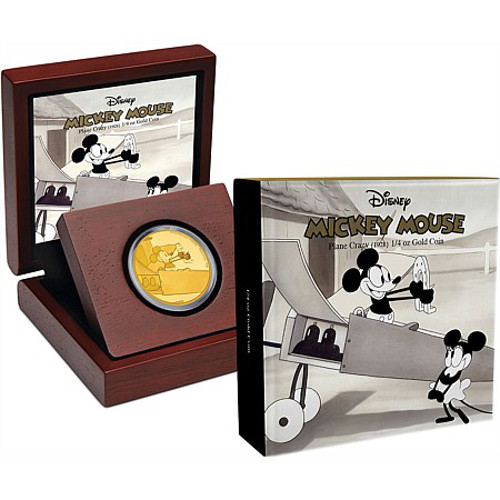 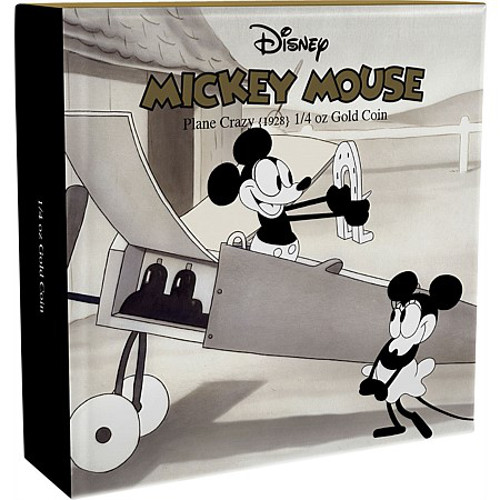 Mickey Mouse is, undeniably, the most popular character from Walt Disney. First unveiled in a series of animated shorts in 1928, today Mickey Mouse is recognized by children and adults around the globe and has spawned an empire that includes television networks, books, toys, clothing and theme parks. The 2016 oz Niue Mickey Mouse Plane Crazy Series Gold Proof Coin is available to purchase from JM Bullion.

Plane Crazy was introduced in 1928 by Walt Disney and Ub Iwerks as a black-and-white film that followed the silent-film productions of the era. The film depicted Mickey Mouse as a farmhand trying to build his own airplane using spare parts from the farm and automobiles. The film would be re-released one year later in 1929 with the addition of sound.

Walt Disneys Plane Crazy animated short film was inspired by Charles Lindberghs exploits on his transatlantic flight France from the United States. Mickey didnt experience the same luck as Lindbergh though, with Mickey falling out of the plane shortly after takeoff and leaving a hysterical Minnie as the only passenger.

Each 2016 oz Niue Mickey Mouse Plane Crazy Series Gold Proof Coin ships to you inside of a beautiful wooden display box, and includes a numbered Certificate of Authenticity. All coins and boxes ship inside of themed shipper boxes that feature black-and-white artwork from the film Plane Crazy as depicted on the coins reverse.

The reverse of the Plane Crazy Series Gold Proof Coin includes the image of Mickey as he sits in his planes cockpit, admiring the horseshoe that was given to him by Minnie Mouse prior to take off.

On the obverse of the coin is the traditional portrait of Queen Elizabeth II. Her Majestys effigy has featured on commonwealth currency and commonwealth coinage since her ascension to the throne of England in 1952. This depiction is a fourth-generation creation by Ian Rank-Broadley in 1998.

We encourage JM Bullion shoppers to reach out to us with any questions. Our customer service team is available on the phone at 800-276-6508, online using our live web chat feature, and via our email address.