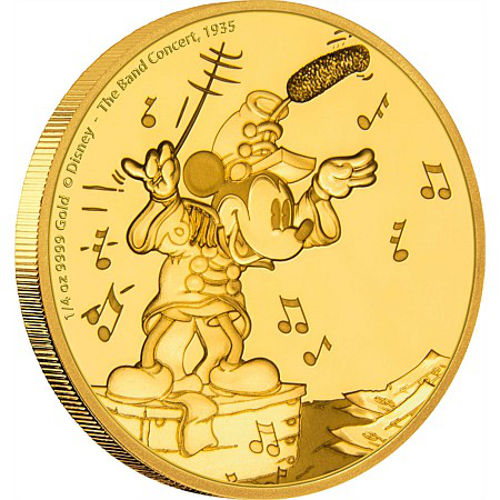 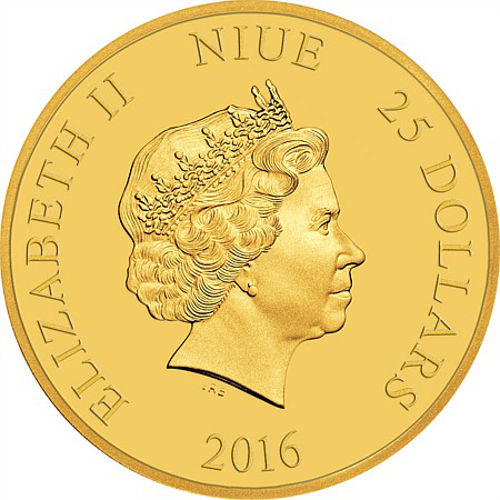 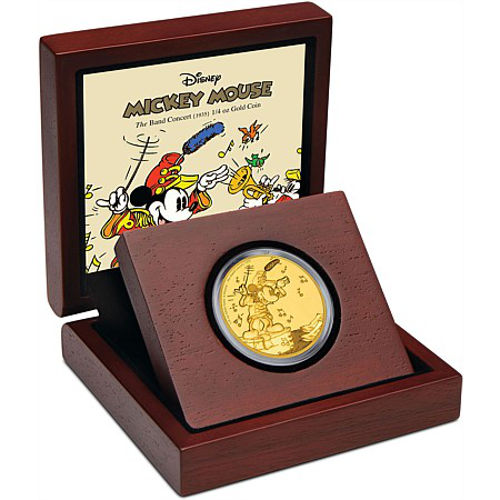 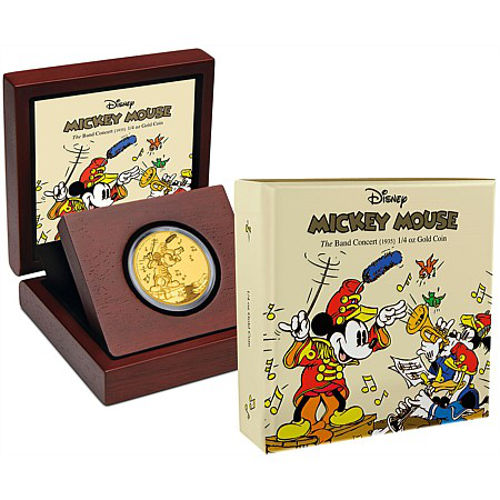 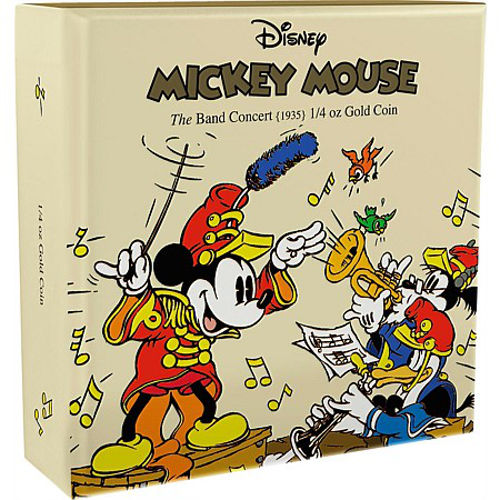 Mickey Mouse is not only the most popular character from the mind of Walt Disney, he is also the oldest. Mickey first appeared in the animated short Steamboat Willy. Today, Mickeys image generates billions for the Disney Corporation. Right now, JM Bullion has the 2016 oz Niue Mickey Mouse The Band Concert Series Gold Coins available for purchase.

The image of Mickey Mouse used in the new Mickey Through the Ages coin series focuses on the 1935 release of The Band Concert. In this animated short, Mickey is featured as the leader of a band that proves difficult to deal with in the course of a concert. This was the first animated short from Disney released in color.

Mickeys nemesis in The Band Concert is the interfering Donald Duck. As Mickey attempts to lead the band through its rendition of the William Tell Overture, Donald continually pipes in with Turkey in the Straw, distracting the members of Mickeys band. This 2016 oz Niue Mickey Mouse The Band Concert Series Gold Coin is part of the Mickey Through the Ages release, which itself is part of the mints Disney Classics coins.

On the reverse of the coin youll find the image of Mickey Mouse in costume as the bandleader from The Band Concert. Mickey is featured directing the band from atop his soapbox as musical sheets have fallen to the floor and musical notes float around in the air.

The obverse of each 2016 oz Niue Mickey Mouse The Band Concert Series Gold coin features Queen Elizabeth II. Her Majestys right-profile portrait was created by Ian Rank-Broadley in 1998, and serves as the official obverse design for the majority of commonwealth coins.

Located in the city of Auckland, the New Zealand Mint is a private minting facility and is the only one located in the country. However, it does not serve as the official mint of New Zealand as the nations currency is produced overseas by the Royal Mint and Royal Canadian Mint.