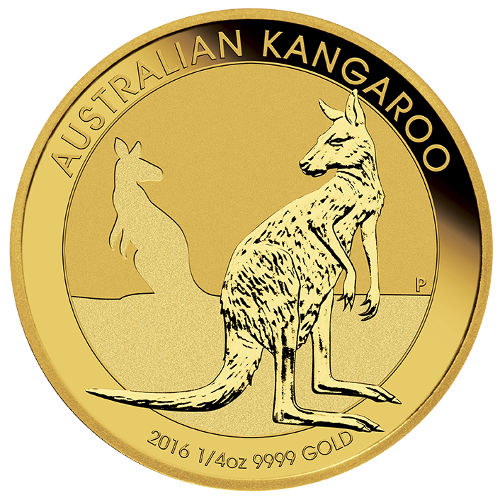 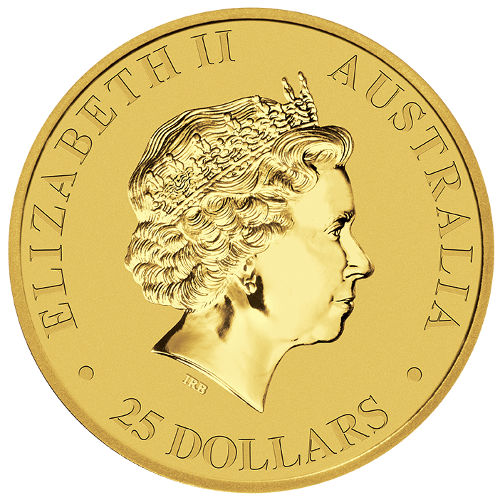 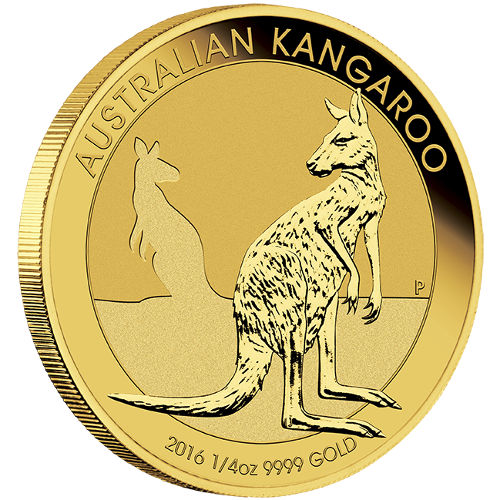 The Perth Mint in Australia is known around the globe for producing some of the most sought-after bullion and proof coins in the precious metals marketplace. Its Australian Koala and Kookaburra coins are popular year in and year out with investors and collectors, and now the 2016 Australian Gold Kangaroo has arrived to pique the interest of numismatists everywhere. The 2016 oz Australian Gold Kangaroo coin is now available from JM Bullion in brilliant uncirculated condition.

This is the newest sovereign coin produced by the Perth Mint. The Australian Gold Kangaroo from Perth joins the likes of the Koala and Kookaburra line, with multiple weights available in bullion versions. The design pattern will change each year with these coins, just as it does on other coins from the Perth Mint.

In and out of Australia, the kangaroo is a revered animal. Native to the Australian continent, it was first viewed by outsiders in the late 1700s. Today, many people think of kangaroos as just one species, but there are in fact four subspecies in the family that include a grey kangaroo and red kangaroo.

On the reverse of these 2016 oz Australian Gold Kangaroo Coins is the image of an adult kangaroo as it sits on its haunches, looking around its environment. In the background you can see the silhouette of another kangaroo, while engravings around the image identify the coin program and the characteristics of the coin.

The obverse depicts Queen Elizabeth II in right-profile relief, as created by Ian Rank-Broadley and used on countless coins produced in Australia, Canada, and the United Kingdom. Her Majestys name, nation of issue, and the face value are all engraved on this side, as well.

Australias Perth Mint is the oldest operating facility in the country, having opened its doors in 1898. Though not affiliated with the official Royal Australian Mint, under the Currency Act of 1965, all of its products are considered legal tender.

If you have questions, JM Bullion associates are here to help. You can reach us on the phone at 800-276-6508, online using our live web chat, and via email. If you are looking for similar products, be sure to check out our full selection of Australian Gold Coins.

Terrence from NJ - May 27, 2016
"Just received my first 1/4 ounce Kangaroo gold coin. It is stunning. It came in a capsule that makes it easier to look at and admire. I will be ordering the 1/2 ounce Kangaroo soon. I have been buying gold bars from the Perth mint and they are beautiful also . Can't get enough of items from this mint. Terry F."