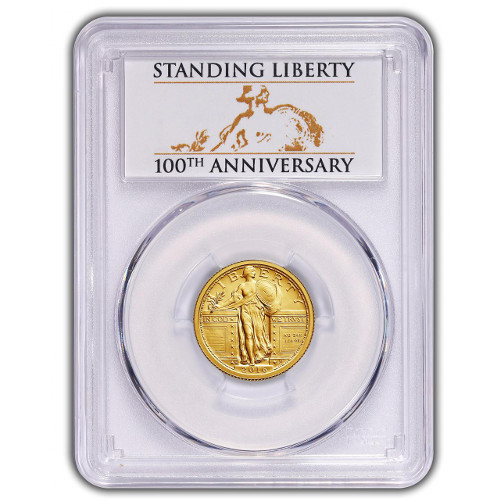 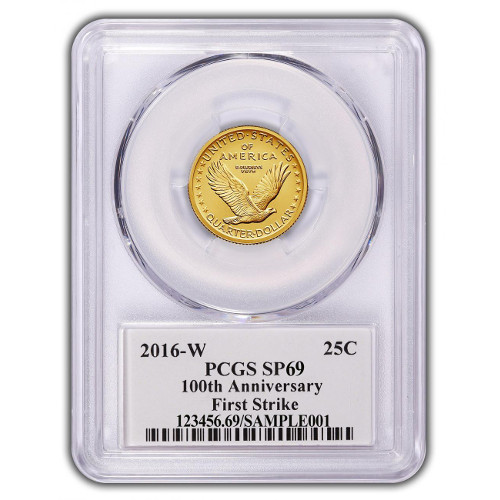 Hermon Atkins MacNeil doesnt enjoy the name recognition among numismatists that Adolph A. Weinman and Augustus Saint-Gaudens do, but one of his designs still earns respect as one of the finest in American history. His Standing Liberty creation graced the nations quarter from 1916 to 1930, and now features on the 2016 American Gold Centennial Coin Series. Today, JM Bullion offers the 2016 oz American Gold Standing Liberty Quarter Coin in near-perfect condition.

MacNeils design for the quarter was meant to replace the 1892 design from US Mint Chief Engraver Charles E. Barber, who was still serving as Chief Engraver at the mint in the early 20th century when the overhaul of the nations coin design was taking place. In fact, all three designs released in 1916 and celebrated in the 2016 American Gold Centennial Series replaced a Barber design.

The Standing Liberty Quarter featured a full-length depiction of Liberty as she stood ready in defense of the nation, bearing a shield in her left hand and wearing a plate of chain-mail armor on her chest. In the original design from MacNeil, Liberty was depicted bare-chested. The US Mint changed the design for circulation without his approval.

On the obverse of the 2016 oz American Gold Standing Liberty Quarter coin is MacNeils Standing Liberty creation, along with the image of an American bald eagle soaring through the sky on the reverse. The original engravings are recreated on these Centennial Gold Coins, with the addition of the coins metal content, purity, and weight to the reverse.

The 2016 oz American Gold Standing Liberty Quarter coins available to you now are Mint State 69 coins from the PCGS. Coins in this condition exhibit full, original mint luster, but also feature a maximum of two minor detracting flaws. First Strike coins are those received by the PCGS within 30 days of the release date set by the US Mint.

Feel free to reach out to JM Bullion with any questions about the 2016 American Gold Centennial Series. You can reach us on the phone at 800-276-6508, online using our live chat, and via email.