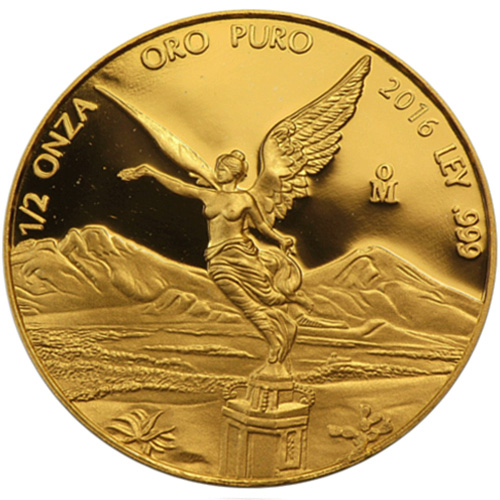 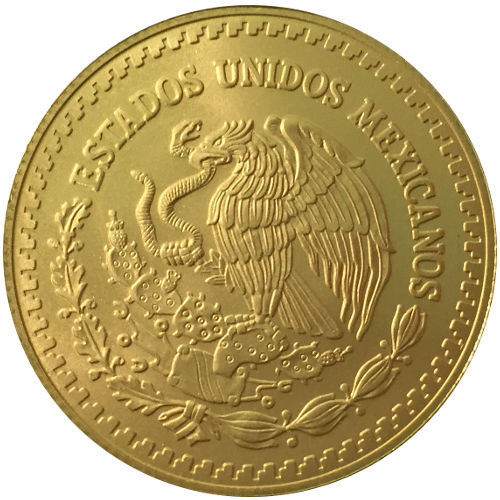 Mexican Gold Libertad coins are some of the most popular investment options, due in part to their low availability and their .999 gold purity. These coins have been in regular release since 2002, with other periods of issue in the 1990s. The 2016 1/2 oz Mexican Gold Libertad Coin is available now from JM Bullion.

The Mexican Libertad coin, like the American Eagle and Canadian Maple Leaf, is a national-issue bullion coin that is considered legal tender. However, Banco do Mexico does not issue Mexican Gold Libertads or silver versions with a face value. The coins are given a floating face value, and were they to actually be used for commercial transactions would require contacting Banco de Mexico to learn that day’s face value.

On the obverse of the 2016 1/2 oz Mexican Gold Libertad is the image of Winged Victory, a symbolic image from the War of Independence that represents the nation’s success in fighting against Spain for its freedom from colonial rule.

All 2016 1/2 oz Mexican Gold Libertad coins listed here are in BU condition. Coins in this condition show no signs of wear and tear, but you may notice minor flaws ranging from breaks in the luster and spotted surfaces to contact marks from striking during the production process.

Mexican Mint is the official sovereign mint of the nation of Mexico. Controlled by the federal government and overseen by Banco de Mexico, the Mexican Mint was founded in 1535 and is the longest operating mint in the Western Hemisphere.

We encourage all JM Bullion customers to reach out to us with questions. You can contact us on the phone at 800-276-6508, reach out to us on the web through our live chat, or send us an email with your inquiries.