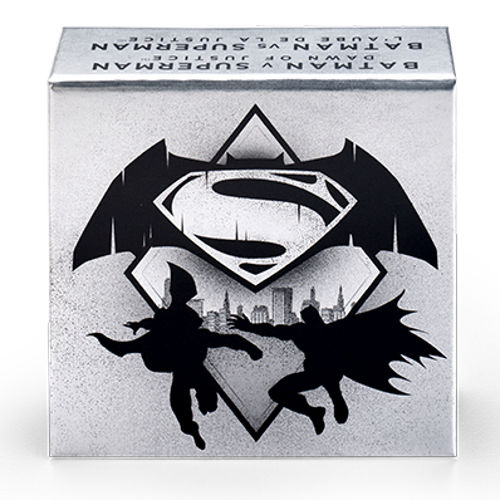 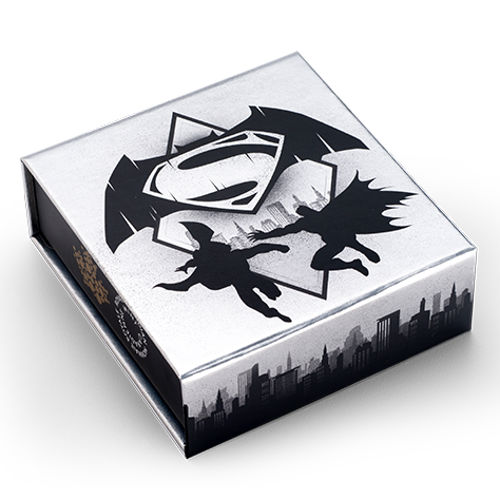 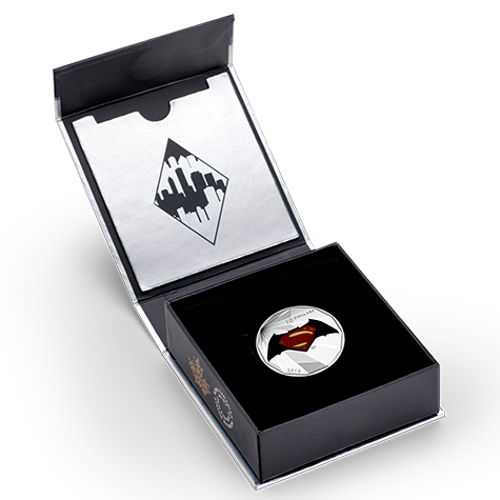 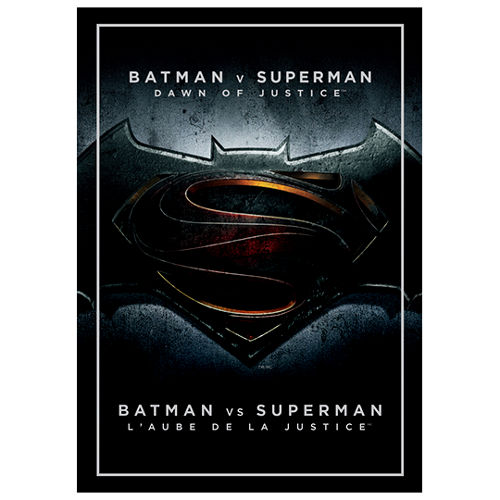 Superhero-based feature films have dominated the box office in recent years, with everyone from Thor and Ironman to Batman and Superman captivating a new generation of comic enthusiasts. Now, superheroes are coming to precious metal coins in limited-edition releases. Today, the 2016 ½ oz Canadian Silver Batman v. Superman Dawn of Justice Logo coin is available from JM Bullion.

The DC Comics empire began in 1938 with the release of the first Superman comic. Inhabiting the fictional city of Metropolis as both the city’s savior, and a mild-mannered reporter, Superman (Clark Kent) continues to capture the imaginations of millions of children around the world.

With the upcoming release of the new Batman v. Superman feature film, the Royal Canadian Mint honors the rise of superheroes today with a four-coin silver series celebrating the most beloved heroes of the comic universe. This coin depicts the perfect combination of both Batman and Superman’s logos, with the iconic “S” visible in the center of the bat logo.

On the reverse face of the coin is an engraving that combines the two logos in the center, with the face value engraved above and the year of issue below. The so-called “shattered glass” design combines matte finishes and hints of a mirrored finish to achieve the visual appearance.

The obverse face of the coin includes Susanna Blunt’s 2003 depiction of Queen Elizabeth II in right-profile relief. Her Majesty is surrounded by engravings of “Elizabeth II,” “D.G. Regina,” and the nation of issue.

The Royal Canadian Mint plans to release a total of four silver coins honoring Batman v. Superman, as well as a gold coin and a 25-cent piece.

If you have questions about these exciting new coins, please feel free to contact JM Bullion. You can reach us at 800-276-6508, connect with us online using our live chat, or send us an email.