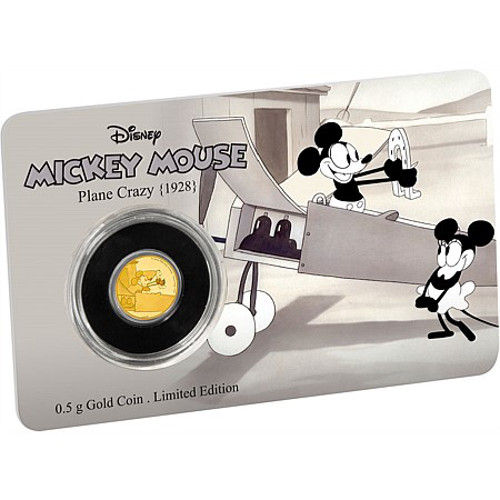 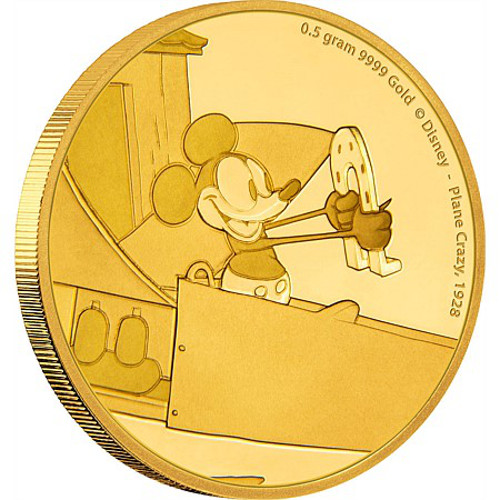 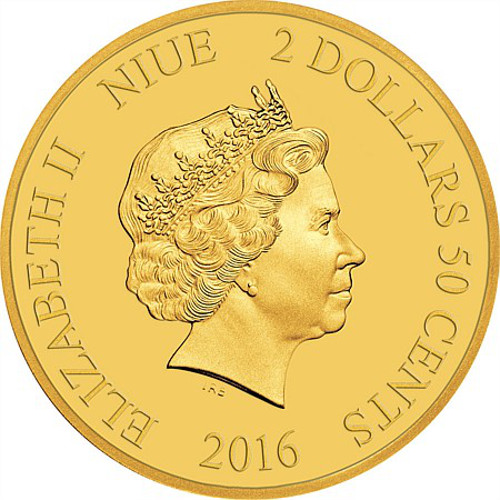 Mickey Through the Ages is a silver and gold coin collection that features imagery from some of Walt Disneys classic Mickey Mouse cartoons and animated shorts. Among the first ever released was Plane Crazy, a 1928 silent film that included one of the original appearances of Mickey and Minnie Mouse together. Right now, the 2016 Gram Niue Mickey Mouse Plane Crazy Series Gold Proof Coin is available from JM Bullion.

The Mickey Through the Ages series from the New Zealand Mint captures the brilliance of Walt Disneys main character, Mickey Mouse, throughout the early days of his feature films and animated shorts. Examples of popular Mickey animated shorts featured in the release to date include The Band Leader and The Brave Little Tailor designs.

In this third design of the series, one of Disneys earliest Mickey cartoons is depicted as Mickey Mouse is shown in the airplane he built in the black-and-white, silent-short Plane Crazy. Mickey sets about building his own plane in the film, only for its first flight to go horribly wrong as Mickey falls out of the cockpit on takeoff, climbs back in to rescue Minnie, who eventually jumps out of the plane safely before Mickey crashes.

On the reverse of all 2016 Gram Niue Mickey Mouse Plane Crazy Gold Proof Coins is the image of Mickey Mouse sitting in his scrap-parts plane. He built the plane himself in the short, using spare parts from cars and farm equipment with the help of other farming friends. He holds in his hand a horseshoe given to him by Minnie as a symbol of good luck.

The obverse of the Mickey Mouse Plane Crazy Gold Proof features the image of Queen Elizabeth II, captured in right-profile relief by Ian Rank-Broadley in 1998 as the fourth-generation depiction of Her Majesty. Each coin is created by the New Zealand Mint for Niue.

All 2016 Gram Niue Mickey Mouse Plane Crazy Series Gold Proof Coins arrive inside of sealed plastic packages with a themed, printed card depicting the artwork from Plane Crazy. On the reverse side of the card is a printed Certificate of Authenticity.

If you have any questions, please dont hesitate to contact JM Bullion. You can reach our customer service team on the phone at 800-276-6508, online using our live web chat, and via our email address.