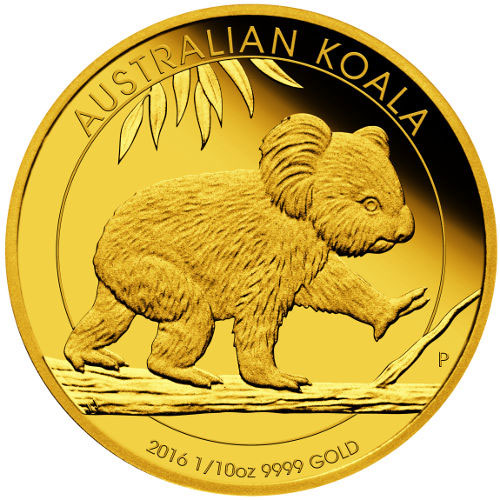 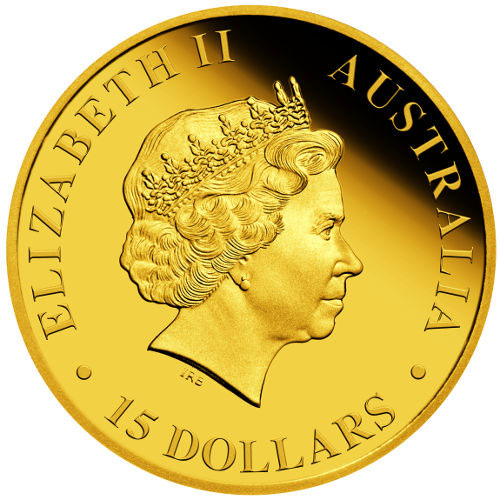 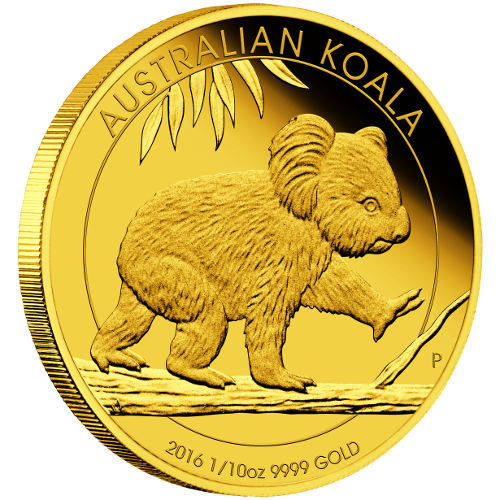 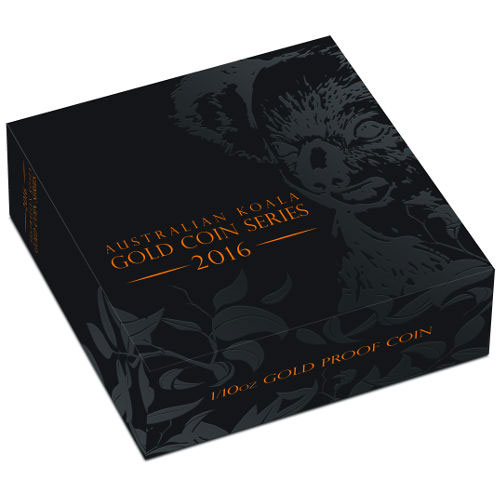 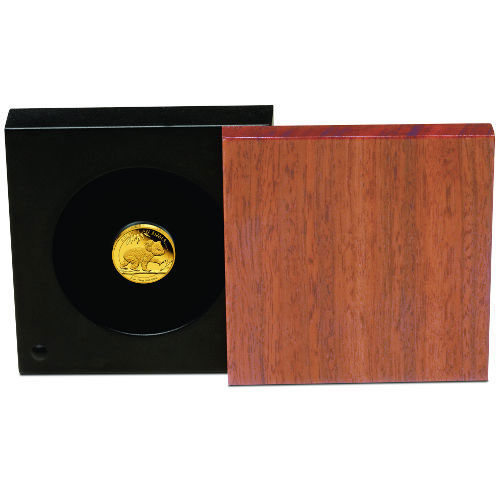 The reverse face of the 2016 1/10 oz Proof Australian Gold Koala features the latest image of a koala, one of the nation’s beloved marsupial species. Although often viewed as lovable, gentle creatures, the koala possesses the ability to defend itself when agitated. This year’s image depicts a koala as it walks along the branch of a eucalyptus tree. Traditional engravings identifying the series name, year of issue, weight, purity, and metal content are included on this face.

On the obverse of the coin you’ll find the image of Queen Elizabeth II, created in 1998 by Sir Ian Rank-Broadley. Used on commonwealth coinage for nearly two decades, it represents the fourth-generation image of Her Majesty since her coronation in 1952.

Founded in 1899, the Perth Mint was the third and final Royal Mint facility opened in Australia by the British during their period of colonial rule. Today, the Perth Mint persists as the oldest operating facility in the country, and is controlled by the government of Western Australia, separate of the Royal Australian Mint.

Please direct your questions to a JM Bullion associate at 800-276-6508. You can also connect with us online using our live web chat or email features.