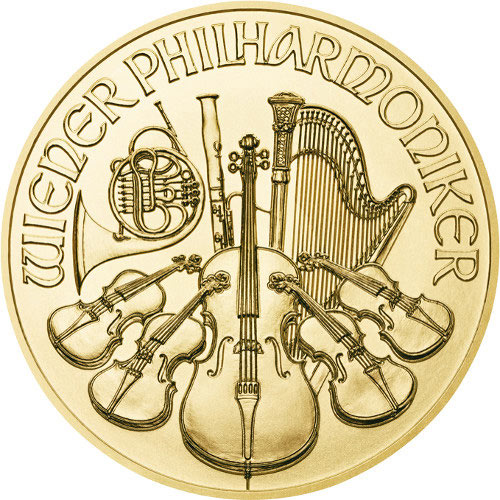 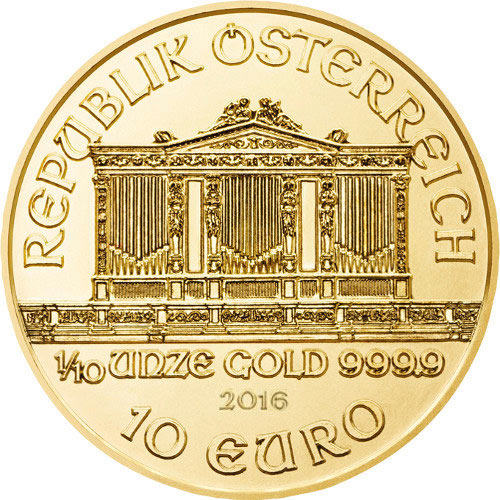 The most popular coin from mainland Europe today is the Austrian Philharmonic coin. Available on an annual basis in both silver and gold, the official bullion coin of Austria celebrates an integral piece of the nations cultural heritage. The Vienna Philharmonic Orchestra serves as inspiration for the design of this coin. Right now, the 2016 1/10 oz Austrian Gold Philharmonic Coin is available from JM Bullion.

Austrian Philharmonic coins debuted in 1989 in gold only. The gold coins were originally produced in just 1 oz and oz. It wasnt until 1991 that the Austrian Mint added the oz and 1/10 oz coins to the gold program.

On the reverse face of the coin is the image of numerous orchestra instruments used by the members of the Vienna Philharmonic. Engravings are listed in German, and include Wiener Philharmoniker.

The obverse face features the pipe organ found inside the Musikverein Golden Hall. The home center of the orchestra, the hall is located in the Inner Stadt neighborhood of Vienna, the nations capital city. Engravings on this side are also in German, and read Republik Osterreich and 1 Unze Gold 9999. Other engravings include the year of issue and face value of the coin.

The Austrian Mint is one of mainland Europes oldest operating facilities, and was founded in the 12th century. Today it is the official facility producing Austrian Philharmonic coins, and one of the few in Europe authorized to produce Euro currency.

If you have questions, dont hesitate to ask. Our associates are available on the phone at 800-276-6508, online using our live web chat, or by submitting your questions to us in writing via email.