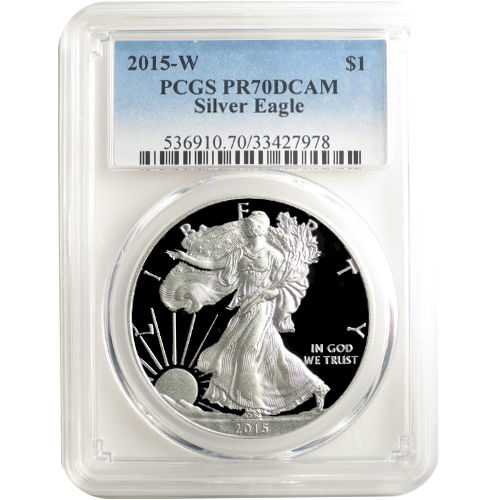 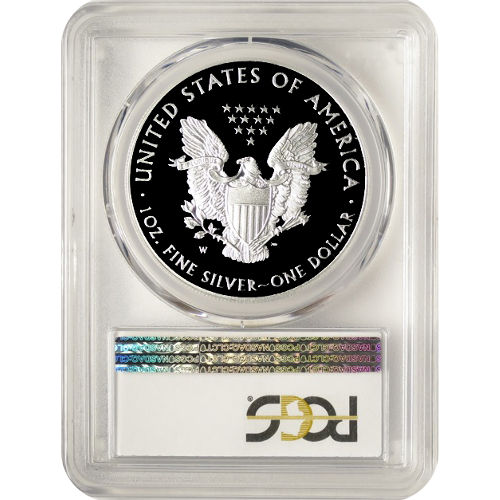 Each Proof American Silver Eagle in this listing has a perfect Proof 70 grade from the PCGS. Coins in this condition exhibit full, original mint luster and bear no detracting flaws of any kind on the surface.

On the obverse face of the coin is the image of Walking Liberty that Adolph A. Weinman created in 1916. This design was one of the last in the US Mints two-decade effort to revitalize American coin design in the early 20th century. Walking Liberty originally appeared on the Walking Liberty Half Dollar from 1916 to 1947.

The reverse side of the coin bears a modern image of the nations heraldic eagle. Used as early as 1793 on American coins, this heraldic eagle is the vision of former-US Mint Chief Engraver John Mercanti.

If you have questions, please dont hesitate to ask. A JM Bullion associate is available to help on the phone at 800-276-6508, online using our live web chat, and via our email address. If you are interested in similar products, be sure to check out our full selection of Certified American Silver Eagle Coins.