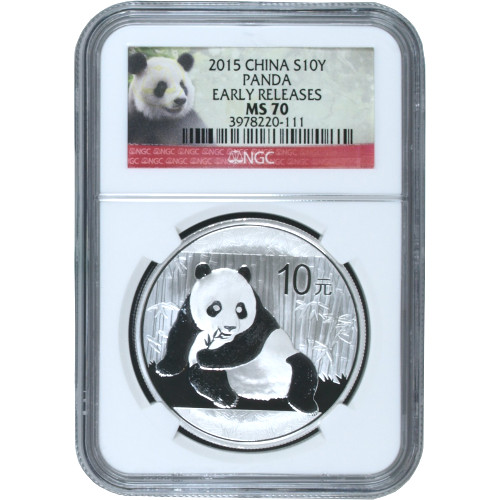 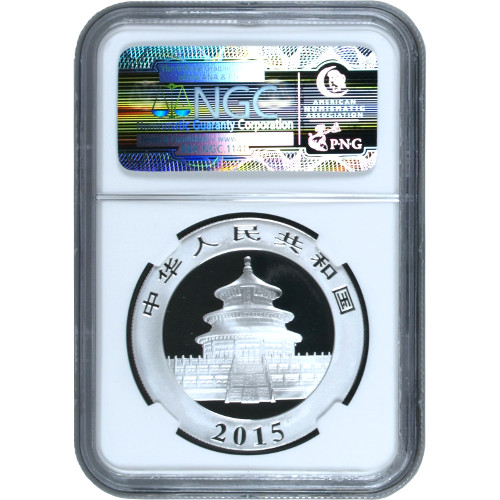 Many of the worlds sovereign silver coin programs are massively popular beyond the borders of the nation minting the coins. The Chinese Silver Panda is the perfect example of a coin with a wonderful design, high purity level, and increasing demand outside the borders of China. Today, you can purchase a 2015 Chinese Silver Panda coin, with an MS70 grade from the NGC, through JM Bullion as part of the Early Release series.

The Early Release label designates that the coins were received by NGC within the first 30 days of the coins release.A Mint State 70 grade from the NGC indicates a coin that is perfect, with an attractive, sharp strike and the full original luster for date and mint. Youll find no visible flaws or hairlines on these 2015 Chinese Silver Panda coins.

The Chinese Silver Panda coin is different in a number of ways from its competing sovereign silver coins. First and foremost, the reverse imagery used on the coins changes from one year to the next. Only the 2001 and 2002 Silver Panda coins feature the same image of pandas on the reverse side. Second, it is one of the few sovereign silver coins with a limited mintage. Unlike coins produced by the US Mint, Silver Chinese Pandas do not feature mint marks, making it impossible to identify the facility responsible for production of particular coins.

On the reverse side of the 2015 coin is the depiction of a single panda sitting alone and eating some leaves. A bamboo wall is visible in the background, while the engraving of the coins face value (10 Yuan) is included. The obverse side includes the Temple of Heaven from Beijing, with the engravings Peoples Republic of China in Chinese, and the year of minting.

The Chinese Silver Panda is struck, it is believed, at three different mints in Shenzhen, Shanghai, and Shenyang. Mintage levels in recent years for the coin have been pegged at 8 million. If you have questions JM Bullion associates about the Chinese Silver Panda, please contact us at 800-276-6508, or online using our live chat and email services.