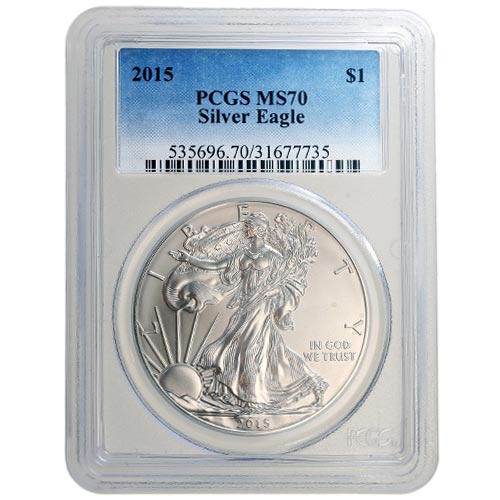 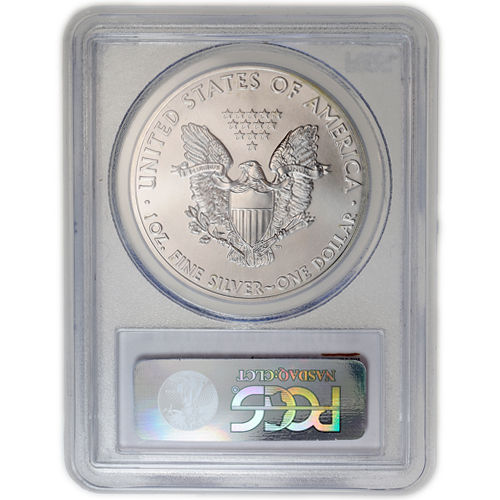 Each 2015 1 oz American Silver Eagle coin available to you right now are perfect specimens according to the PCGS. Coins with an MS70 grade from the PCGS show full, original mint luster and include no detracting flaws of any kind.

On the obverse of the 2015 1 oz American Silver Eagle is the image of Walking Liberty. Originally created in 1916 by Adolph A. Weinman, this depiction of Liberty shows her figure walking toward the setting sun with the American flag draped across her shoulders. Designed to depict America’s constant drive toward a brighter future, this image appeared on the Walking Liberty Half Dollar from 1916 to 1947.

If you have any questions about these 2015 American Silver Eagle coins, we encourage you to reach out to JM Bullion. Our customer service team is available at 800-276-6508, online using our live web chat, and via our email address.