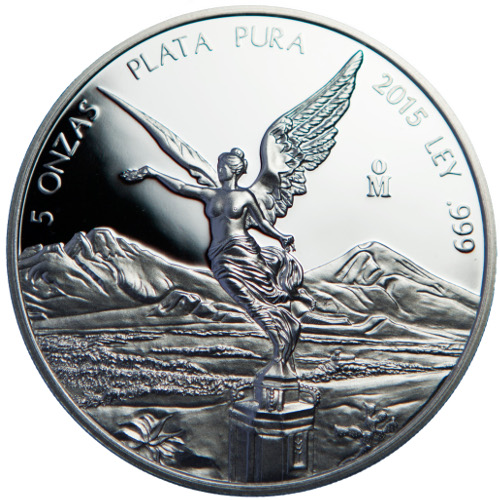 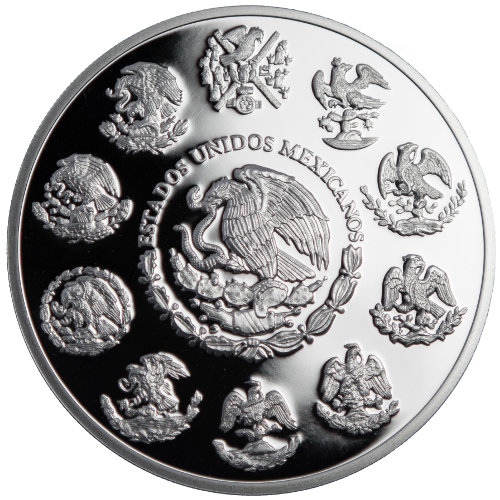 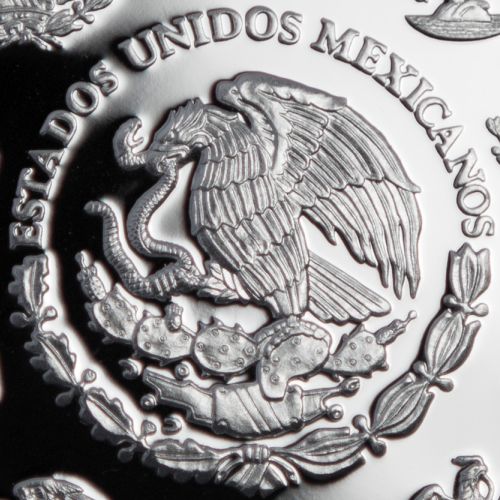 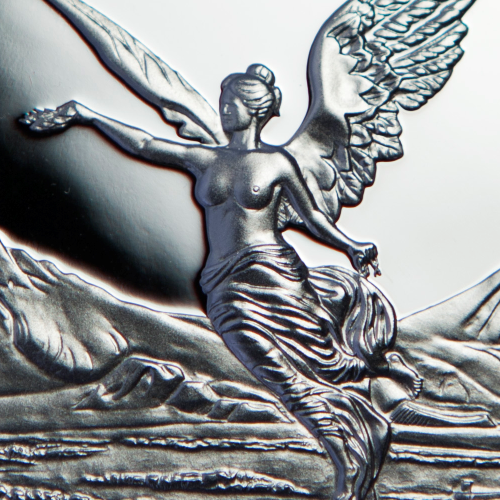 Mexican Libertad coins are available in silver, gold, and platinum, with versions including bullion, proof, and proof-like coins. The Mexican Silver Libertad is the most diverse product in the series, with eight weights and three different versions. The bullion coin was introduced in 1982, followed by proof coins in 1986, and a proof-like 1 kilogram coin in 2002.

On the obverse face of all 2015 5 oz Proof Mexican Silver Libertad coins is the image of the statue of Winged Victory. Bearing the image of the Angel of Independence, Winged Victory is a representation of the nations successful struggle for freedom from Spanish rule. Engravings include the coins weight, metal content, year of minting, and purity. A Mexican Mint mark of OM is also included.

Mexican Mint products are all authorized and overseen by the Banco de Mexico, the nations central bank. Mexican Silver Libertad coins have no issued face value, existing instead with a floating face value that makes them impossible to use as legal tender.

If you have questions for a JM Bullion associate, there are many ways to reach us. Were available on the phone at 800-276-6508, online through our live web chat, and via email. If you want to see similar items, be sure to check out our full selection of Mexican Silver Libertads.