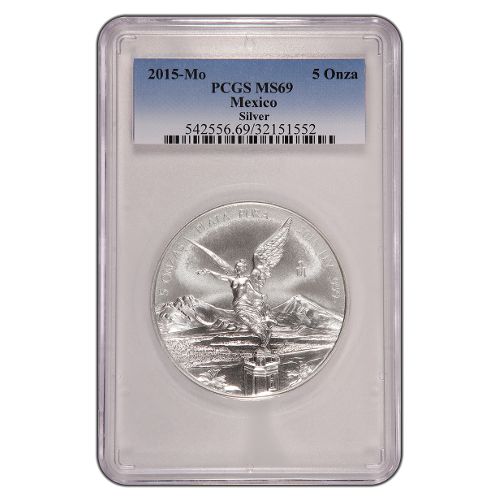 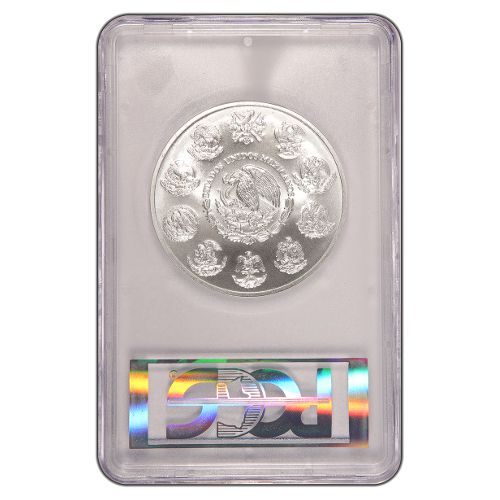 When Mexico set about to celebrate the centennial of the start of its War of Independence, the nations artists and designers created some of the most memorable images ever used on currency. Today, those images live on as the primary source of imagery on the 2015 5 oz Mexican Silver Libertad Coin, available now from JM Bullion.

In the 1920s, Mexico began to celebrate the centennial of its battle for independence from Spain. As the nation celebrated, it turned to iconic imagery from its history. The Winged Victory statue of an angel was erected in the central plaza of Mexico City. Coins struck during the period featured the nations prominent volcanoes of Popocatepetl and Iztaccihuatl, as well as various iterations of the countrys coat of arms.

On the obverse side of these Mexican Libertad coins is the image of the statue of Winged Victory in the center. In the background, the volcanoes, which played a big role in ancient Aztec culture, are featured. Engravings on this side include 5 Onzas, Plata Pura, 2015 Ley .999. The mint mark for the Mexican Mint, OM, is featured to the right of the angel.

The reverse side bears the current Mexican coat of arms in the center, surrounded by a total of 10 different versions of the coat used throughout the nations history. In all the coat of arms, a bald eagle is featured perched atop a cactus with a snake wrapped in its claws and beak.

Each coin in this product listing is available in near-perfect condition. A Mint State 69 coin features its full, original luster, with a maximum of two detracting marks visible on its surface. These coins were produced by the Mexican Mint, the oldest facility in the Western Hemisphere.

If you have questions for a JM Bullion associate about this listing, dont hesitate to contact us at 800-276-6508. Were also available online through our live chat service and via email. For similar products, check out the Mexican Silver Coins page of the JM Bullion website.