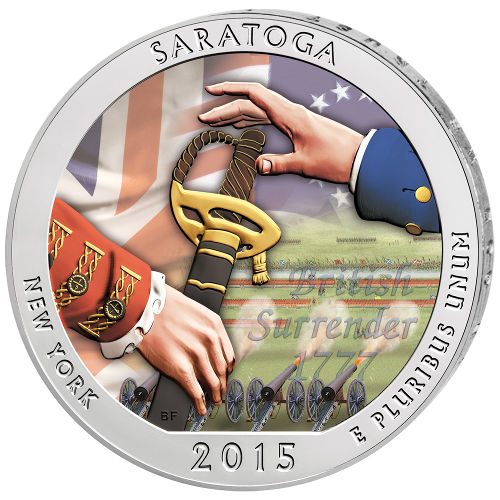 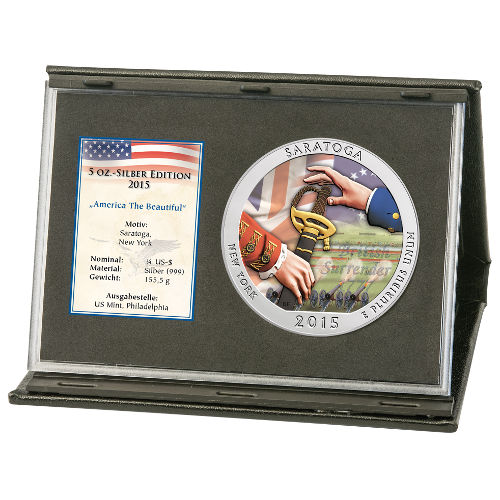 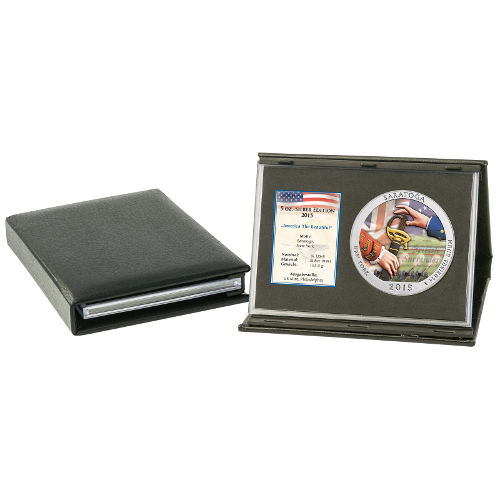 The ATB Silver Coin program from the United States Mint has proven incredibly successful to date. What started as a coin program with low mintage levels has grown to a program that strikes thousands of each coin each year. As of 2015, each coin released in the program enjoys intense demand from investors and collectors. A new twist on 2015 ATB Silver coins is now available from JM Bullion in the form of 2015 5 oz Colorized ATB Saratoga Silver Coins.

Saratoga National Historical Park is one of the most vibrant and historically significant locations in the United States. The park preservers the site of the Battles of Saratoga. It was here that the fledgling American military dealt the first serious defeat to the British Army during the Revolutionary War.

America the Beautiful coins were authorized by Congress with passage of the America’s Beautiful National Parks Quarter Dollar Coin Act of 2008. The program authorized the United States Mint to produce a 56-coin series representing the states, districts, and territories of the US with designs of national parks, national forests, and historic monuments.

Each of these 2015 5 oz Colorized ATB Saratoga Silver Coins has been uniquely altered with a colorized finish on the reverse design. The image now features natural hues and tones to give the reverse depiction of General Horatio Gates’ acceptance of the surrender of British forces under General John Burgoyne.

The image of President George Washington, featured on the obverse side of American quarters since 1932, has not been altered and maintains its original coloring, as well as its accompanying engravings.

While the United States Mint produced these coins originally, it does not engage in the colorization of products. Germany’s Emporium Hamburg, a company with 40 years of experience in coin trading, colorized the images on the reverse.

If you have questions, don’t hesitate to ask. JM Bullion associates are available at 800-276-6508, online through our live chat, and via email. If you are interested in similar products, be sure to check out our full selection of Canadian Silver Maple Leafs.