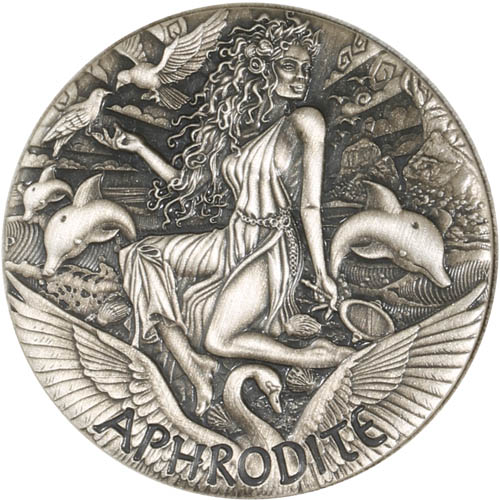 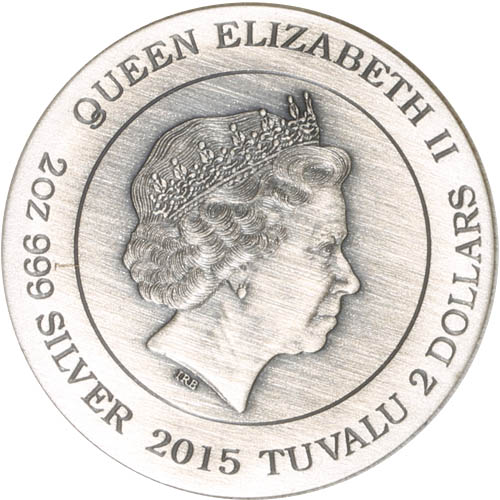 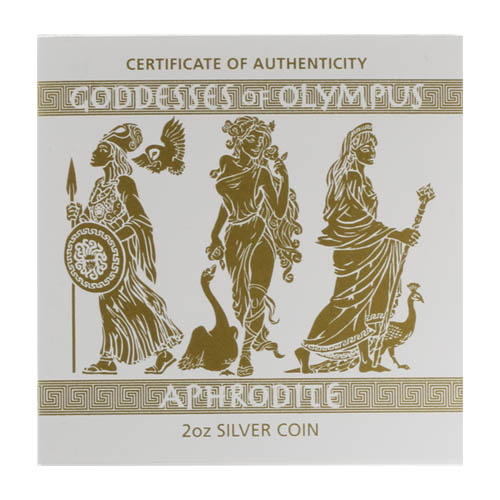 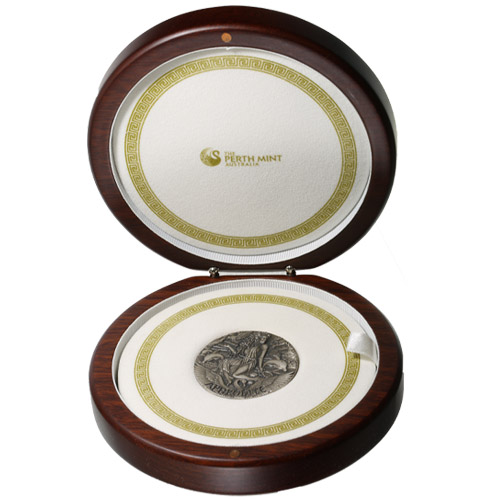 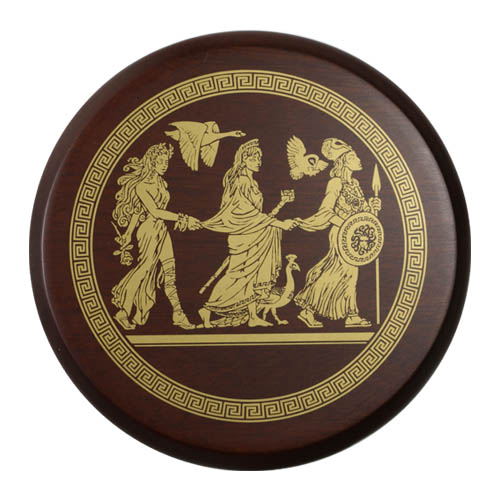 The Perth Mint’s Goddesses of Olympus series depicted three of the leading female deities of Greek mythology on the reverse of high-relief, rimless 2 oz antique silver coins. The final issue of that series was the coin honoring Aphrodite, the most beautiful goddess in mythology and the one responsible for love, pleasure, passion, and procreation. Now, 2015 1 oz Antique Tuvalu Goddesses of Olympus Aphrodite Silver High Relief coins are available to you for purchase online from JM Bullion.

The Goddesses of Olympus Series from the Perth Mint focused on three of the primary goddesses from Greek mythology. The series offered designs of Hera and Athena before Aphrodite, with each coin in this series selling out when originally offered from the Perth Mint in 2015.

For each design release, the Perth Mint capped mintages at 2,000 and captured the concept of the ancient world with antique polish and special blanks. These thick 2 oz silver blanks have a rimless finish, similar to an ancient coin. Additionally, an antique polish was applied to each coin to create that old-world charm one would expect with a coin that is thousands of years old.

Queen Elizabeth II is featured on the obverse of all 2015 Antique Tuvalu Goddesses of Olympus Aphrodite Silver High Relief Coins. Her Majesty is shown in right-profile relief in the popular 1998 design from Ian Rank-Broadley and the Royal Mint of England.

Aphrodite is depicted on the reverse of the 2015 2 oz Antique Tuvalu Goddesses of Olympus Aphrodite Silver Coin. She is depicted design as a very beautiful woman and sits on the beach at what is known as Aphrodite’s rock. She is holding a mirror in her left hand and there is a dove perched in her right hand. Throughout the design, dolphins playfully jump in the water around her figure.

The 2015 2 oz Antique Tuvalu Goddesses of Olympus Aphrodite Silver High Relief Coins were originally packaged by the Perth Mint inside of custom, round wooden display boxes and sold with a numbered Certificate of Authenticity.

JM Bullion customer service is available to help answer your questions about silver for sale at 800-276-6508. You can also connect with us on the web through our live chat and email address features.