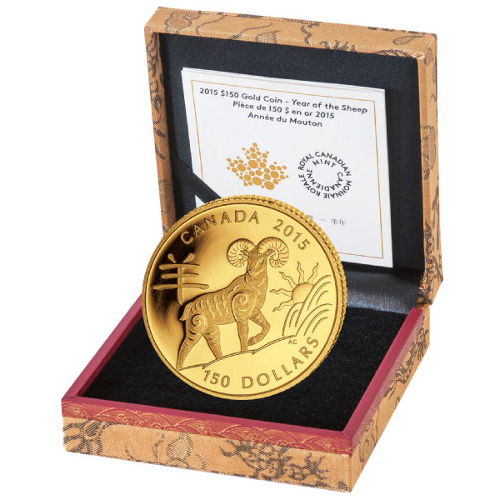 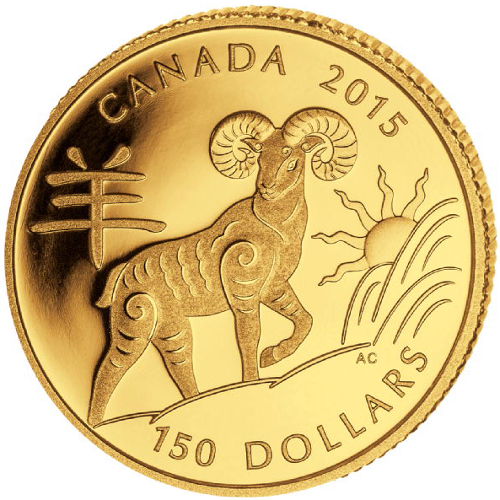 The Royal Canadian Mints lunar-inspired designs are popular releases every year, and the RCM doesnt just offer them in popular 1 oz. sizes. These unique $150 gold coins from the RCM feature weights in grams and bear a different design than the other lunar-theme coins from the 2015 release. The 2015 $150 Canadian Gold Year of the Sheep coin is now available from JM Bullion with a BU grade.

The Royal Canadian Mint releases a limited number of these 11.8 gram coins with a Year of the Sheep design not used on its primary silver coins. Designed by Aries Cheung, the image shows a mountain goat as it reaches the crest of a mountain top.

Each of these 2015 $150 Canadian Gold Year of the Sheep coins is available with a Brilliant Uncirculated grade. Coins with a BU grade show no signs of wear and tear, but may feature detracting flaws such as breaks in the luster, spotted surfaces, and contact marks.

On the obverse side of the coin youll find the right-profile portrait of Queen Elizabeth II. Her Majestys effigy is a common fixture on Canadian coinage, and this particular design has been around since 2003 when it was created by Susanna Blunt. Engravings include Elizabeth II and D.G. Regina.

The reverse side of the coin features Cheungs Year of the Sheep design. A single goat is featured climbing a mountainside, and has engravings of the nation of issue, year of issue, and the coins face value. There is also a marking from Chinese Mandarin that identifies the goat.

Royal Canadian Mint operations began in 1908 when the original facility was founded in Ottawa. Following decades of difficulties keeping up with demand, which included circulation coins being struck by the United States Mint, the Royal Canadian Mint expanded to include a new facility in Winnipeg.

Please direct any questions you might have to a JM Bullion associate. Our team members are available on the phone at 800-276-6508, online using our live web chat feature, and via our email address.