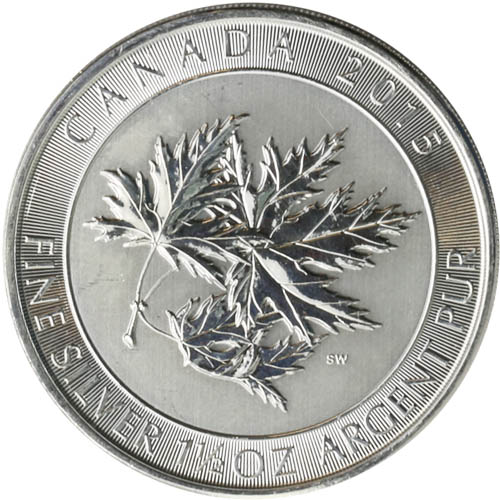 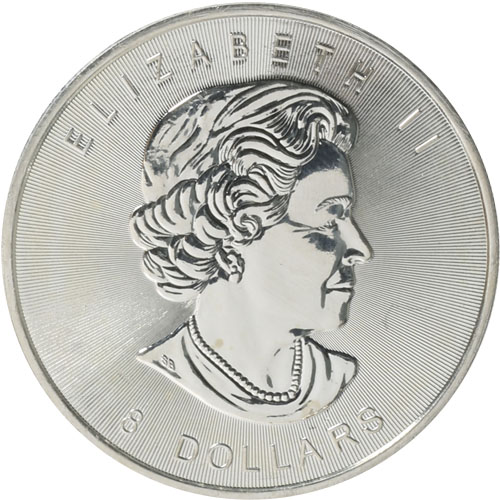 The Canadian Maple Leaf Series is one of the worlds most popular bullion collections. While the gold and silver for sale in this series often features the Walter Ott image of a singular sugar maple leaf, there are coins that broaden the design of Canadian Maple Leaf coins to include these so-called SuperLeaf coins. Right now, the 2015 1.5 oz Canadian Silver SuperLeaf Coin is available to purchase online from JM Bullion.

Each 2015 1.5 oz Canadian Silver SuperLeaf Coin in this product listing is available to you for purchase in Brilliant Uncirculated condition. The coins available to you here come with a protective plastic flip. The reverse designs in this series come from Stan Witten. Mr. Wittens previous designs for the Royal Canadian Mint include the Early Canada coin issued in 2007.

These 2015 Canadian Silver SuperLeaf Coins are part of the many offshoot designs inspired by the bullion Canadian Maple Leaf Series. Examples of designs offered beyond the 2015 SuperLeaf include the MapleGram coins and the Mega Maple Leaf issues. Each one brings its own distinctive designs for investors.

On the obverse side of 2015 1.5 oz Canadian Silver SuperLeaf Coins is an effigy of Queen Elizabeth II. In this fourth-generation design, Queen Elizabeth II is depicted in right-profile relief with no crown on her head. This portrait was created in 2003 by Susanna Blunt, marking just the second time a Canadian artist had created the monarch effigy for Canadian coinage. Inscriptions include the Queens name with the face value.

The reverse field of 2015 1.5 oz Canadian Silver SuperLeaf Coins features the unique design of several sugar maple leaves. The design includes three sugar maple leaves that are attached at the base to a single stem and fluttering in the wind. Both sides of the coin have the Royal Canadian Mints precisely engraved radial lines. This field has the radial lines only along the outer design rim, while the obverse has the lines throughout the entirety of the background field.

Founded in 1907, the Royal Canadian Mint is the sovereign mint of Canada. It originally consisted of only the Ottawa Mint facility from 1907 to 1980. In 1980, the Winnipeg Mint facility was opened for the production of circulation currency.

If you have any questions, JM Bullion customer service is available to help you. Please call 800-276-6508, chat with us live online, or email us directly.

Laura J from - May 03, 2020
"The most beautiful Maple Leaf coin I have in my collection. Beautiful luster which shimmers with movement of the coin. Fine delicate detailing. Plan to buy more in the near future. "