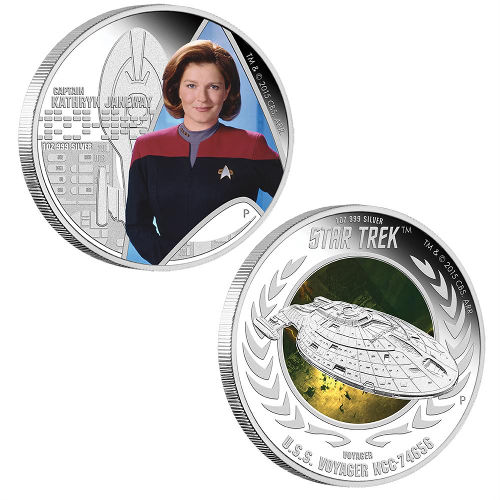 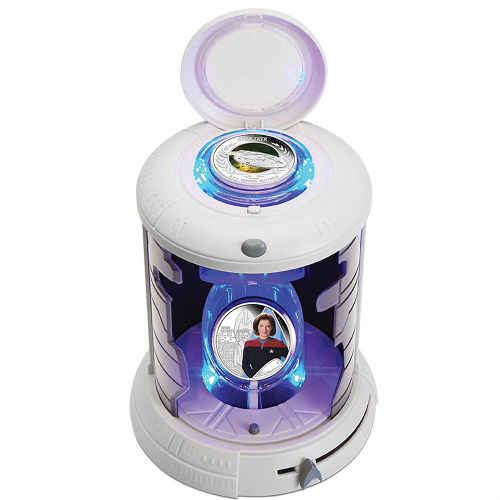 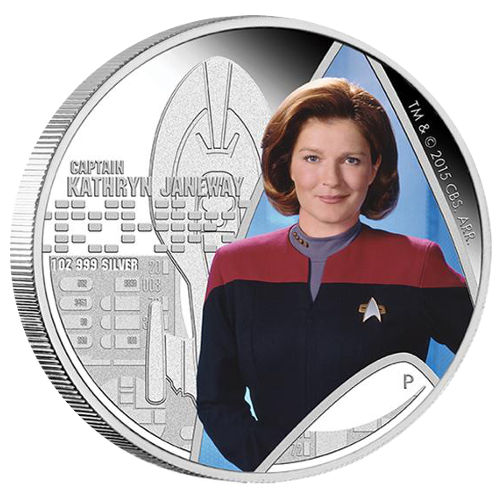 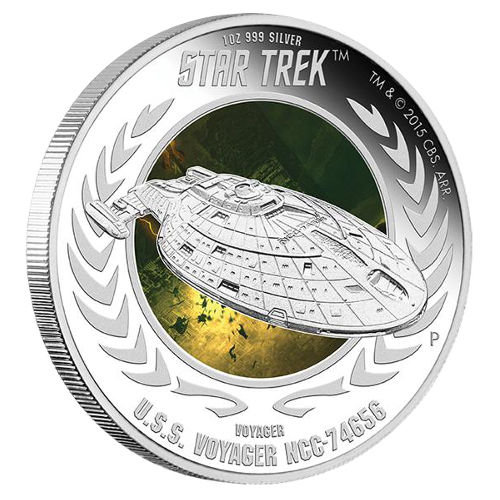 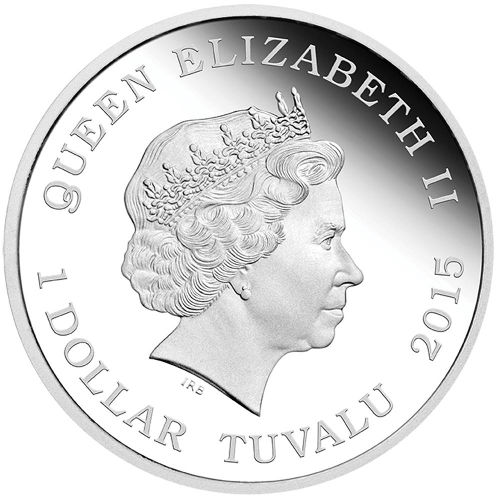 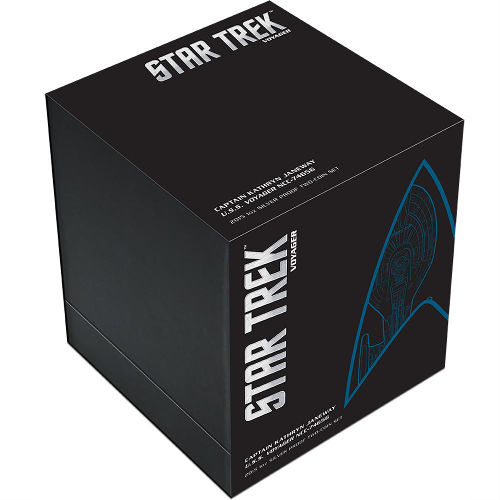 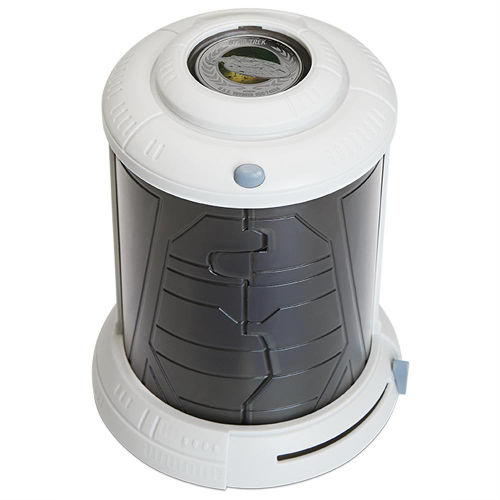 The Perth Mints celebration of the upcoming 50th anniversary of the Star Trek franchise continues with the release of coins commemorating the fourth television series, Star Trek: Voyager. The Voyager coins included one honoring the captain of the USS Voyager, and the ship itself. Now, JM Bullion offers these coins in a limited-edition two-coin set. The 2015 1 oz Star Trek Proof Silver Two-Coin Set is available today on JM Bullion.

Star Trek: Voyager debuted on the UPN network in the United States on January 16, 1995. The series took place in the same timeframe as Deep Space Nine, which ran concurrently with Voyager on television for four years.

Captain Kathryn Janeway was the first female commander in the Star Trek series, and was played by actress Kate Mulgrew. The USS Voyager was the flagship of her crew, which became trapped in the Delta Quadrant in the very first episode of the series. Voyager appeared on television for seven seasons, with its series finale airing on May 23, 2001.

On the reverse side of the Captain Janeway coin in the set is the colorized image of Kate Mulgrew in her role as Captain Kathryn Janeway. The reverse side of the USS Voyager coin features the flagship in brilliant silver, with bright and bold colors for the universe featured in the background.

Both coins have the same obverse design, that of Queen Elizabeth II of England. The longest-reigning English monarch, Her Majestys right-profile portrait on these coins was created in 1988 by Ian Rank-Broadley, whose IRB initials appear in an engraving below her bust.

The Perth Mint struck a total of 6,500 of each of the two coins in this set. While 5,000 of each were released for individual purchase, just 1,500 were set aside for this unique two-coin set.

If you have questions, dont hesitate to reach out to JM Bullion. Contact us at 800-276-6508, connect with us online through our live chat, or send us an email. If you are interested in similar products, be sure to check out our full selection of Perth Mint products.