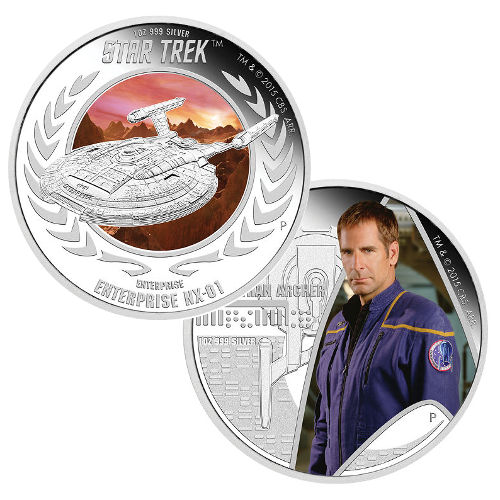 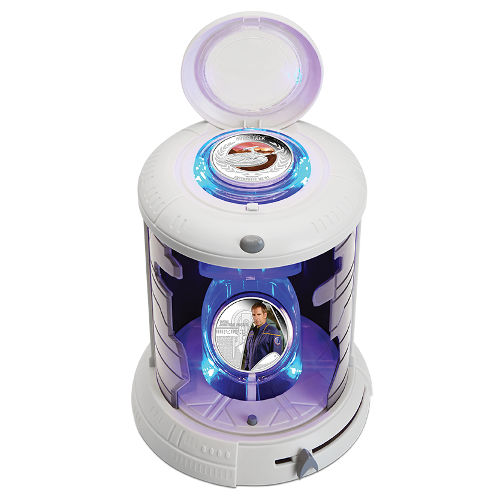 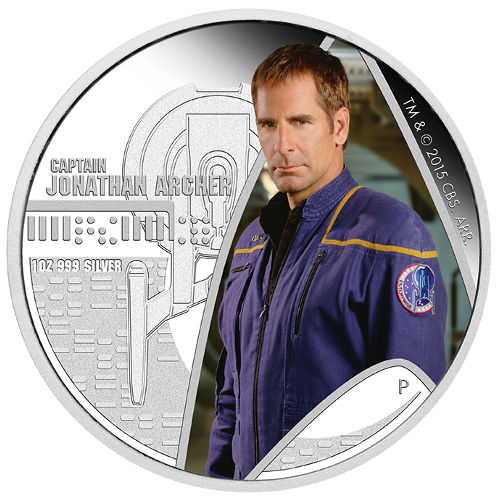 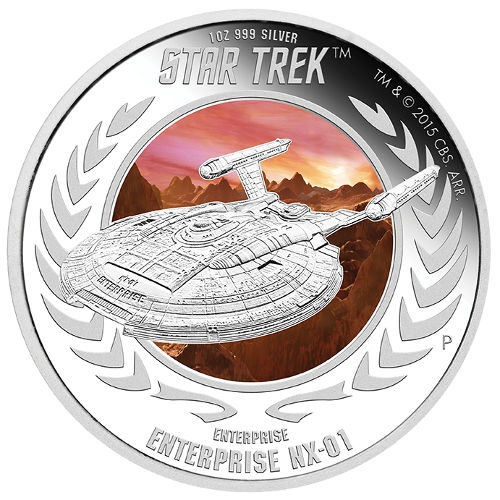 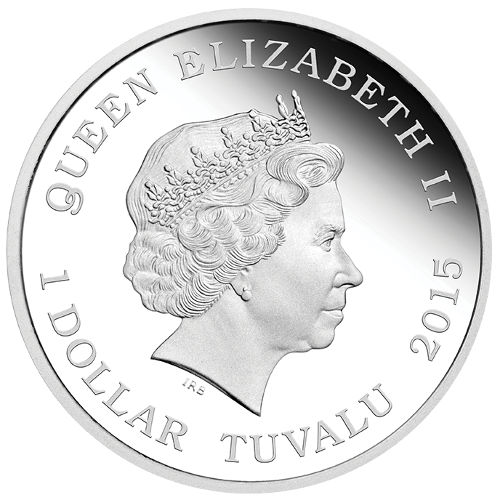 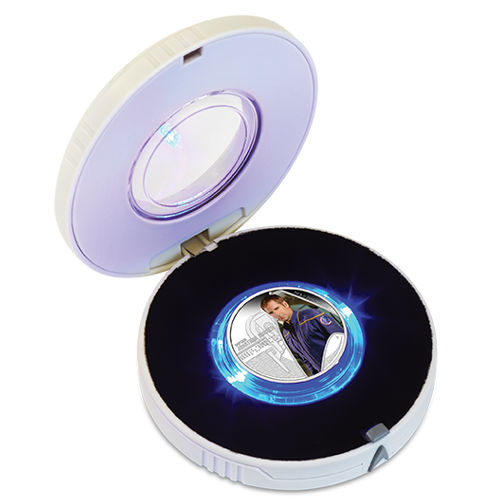 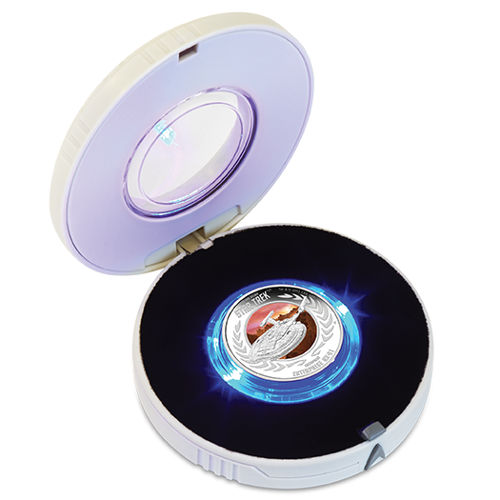 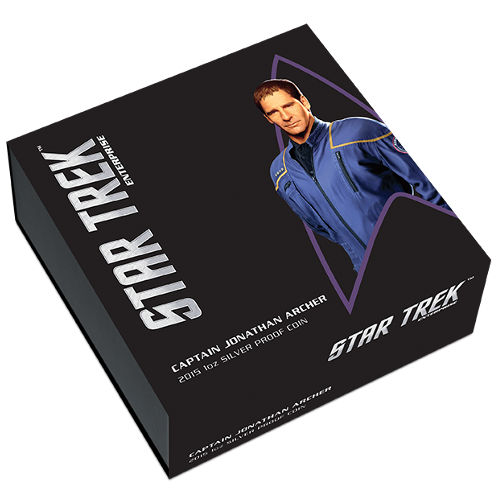 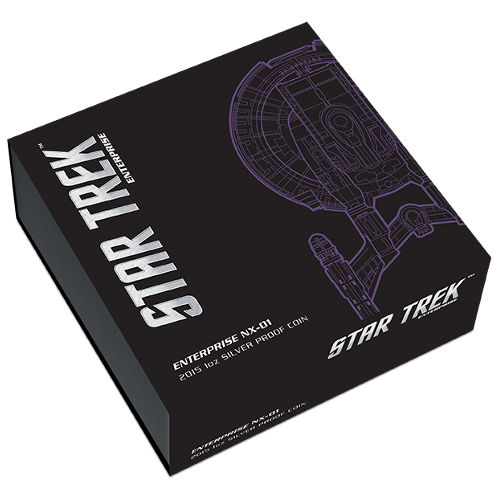 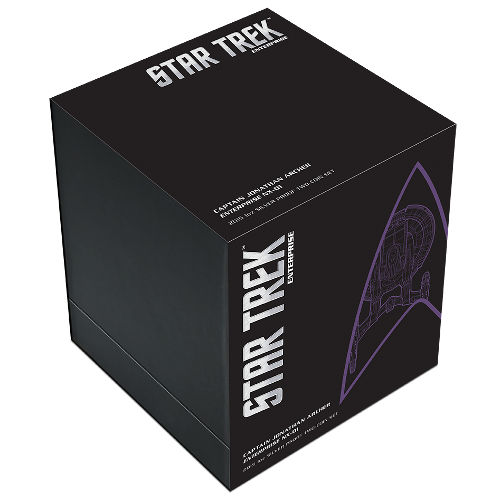 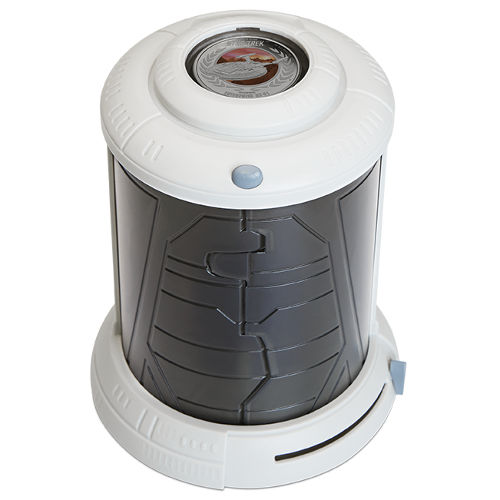 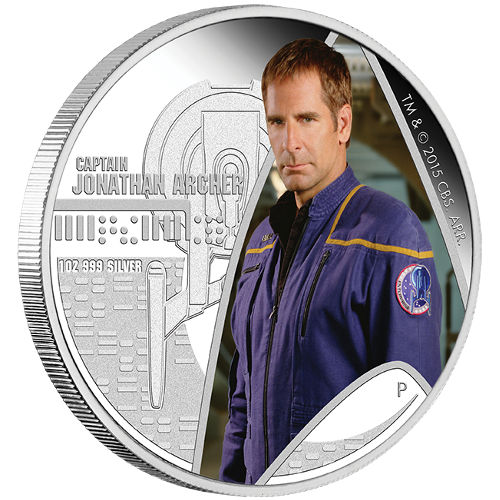 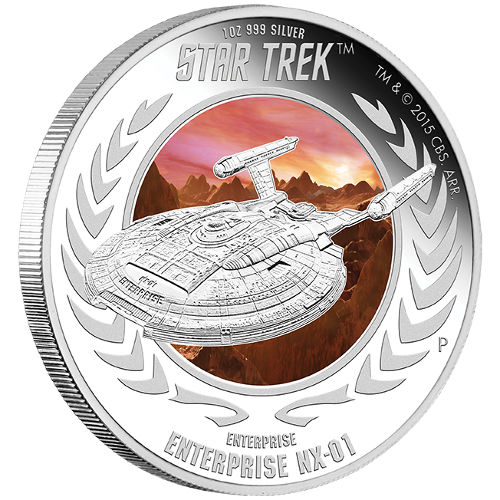 The latest two-coin proof set in the Star Trek Series from the Perth Mint honors the final television series in the remarkable Sci-Fi franchise. Star Trek: Enterprise hit the airwaves in the United States in 2001, running for four full seasons before ending in May 2005. Today, JM Bullion offers the 2015 Star Trek Proof Silver Two-Coin Set featuring the Captain Archer and USS Enterprise coins.

The year 2016 marks the 50th anniversary of Gene Roddenberrys Star Trek franchise, and the Perth Mint has been celebrating with proof silver coin sets honoring the characters and starships of the Star Trek universe. The coins have been released in groups of two, honoring each television series in order of its appearance in the franchise.

Star Trek: Enterprise was the fifth and final series in the franchise. It followed the adventures of Captain Jonathan Archer and his crew aboard the USS Enterprise NX-01, and was set in a time before The Original Series.

On the reverse face of the Captain Archer coin is the colorized image of actor Scott Bakula in his lead role as Captain Jonathan Archer. The reverse of the USS Enterprise coin bears the image of the famous starship, along with a colorized background of the universe.

The obverse side of both coins features the image of Queen Elizabeth II. Designed in 1998 by Ian Rank-Broadley, the right-profile portrait is a fourth-generation depiction of Her Majesty, and is surrounded by engravings that include her name, the nation of issue, year of issue, and the coins face value.

Perth Mint coins are world-renowned for quality and purity. Founded in 1898, the Perth Mint is the oldest operating facility in the country. It is not affiliated with the Royal Australian Mint, but its coins enjoy legal-tender status under the Currency Act of 1965.

If you have questions, dont hesitate to ask a JM Bullion associate at 800-276-6508. You can also connect with us online using our live web chat and email services.