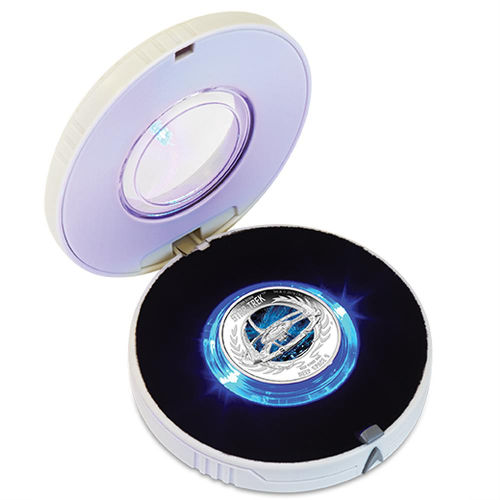 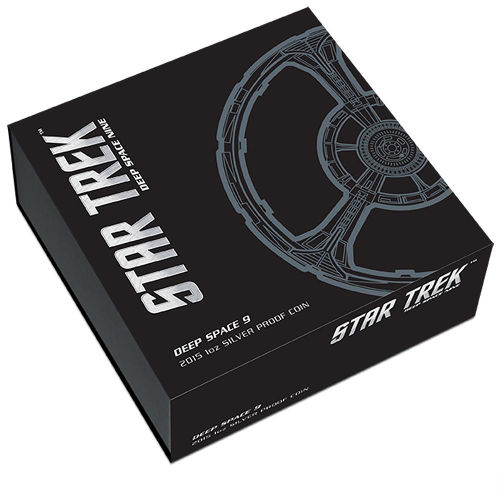 Gene Roddenberry took American television viewers where no man had gone before with his Star Trek television series when it launched for the first time in 1966. In 2015, the Perth Mint has honored the Star Trek universe with commemorative proof coins representing The Original Series and its many spinoffs. The latest coin in the series is the 2015 1 oz Star Trek Deep Space 9 Proof Silver Coin, currently available through JM Bullion.

Star Trek: Deep Space Nine was the first spinoff in the entire Star Trek franchise that didn’t feature the direct involvement of Roddenberry. As the creator of the Star Trek universe, Roddenberry had a hand in every feature film and television series developed prior to his death in 1991. He did, however, give his blessing to the Deep Space Nine concept before his death.

As the third installment in the Star Trek coin series from the Perth Mint, this coin was released in conjunction with the Captain Sisko Proof Silver Coin. This particular coin commemorates the space station that crew occupied in the Alpha Quadrant as they stood guard over the Bajoran wormhole.

On the reverse side of the 2015 1 oz Star Trek Deep Space 9 Proof Silver Coin is the image of the space station itself. The Deep Space Nine station is featured in silver, with its immediate background offering a brilliantly colored depiction of space.

The obverse side bears the standard imagery found on all Perth Mint legal tender coins. Ian Rank-Broadleys portrait of Queen Elizabeth II is featured in the center of the design, with her name engraved above, and the phrase 1 Dollar Tuvalu 2015 engraved below.

Australias Perth Mint is the lone holdover from British colonial rule. Once part of a three-mint system, the Perth Mint is now a state-owned facility under the control of the state government in Western Australia.

If you have questions, a JM Bullion associate is waiting to help out. Feel free to reach out to us at 800-276-6508, online through our live web chat, or via email. If you are looking for similar products, be sure to visit our Australian Silver Coins page.