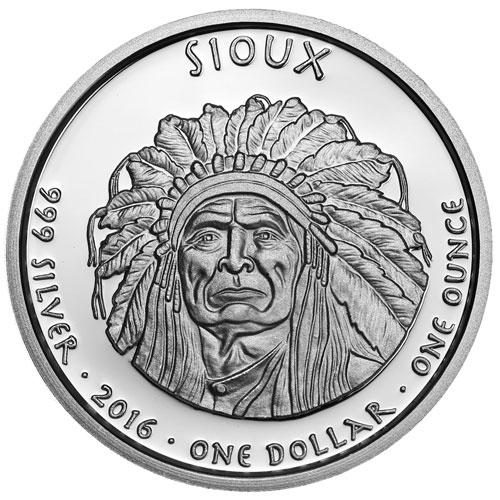 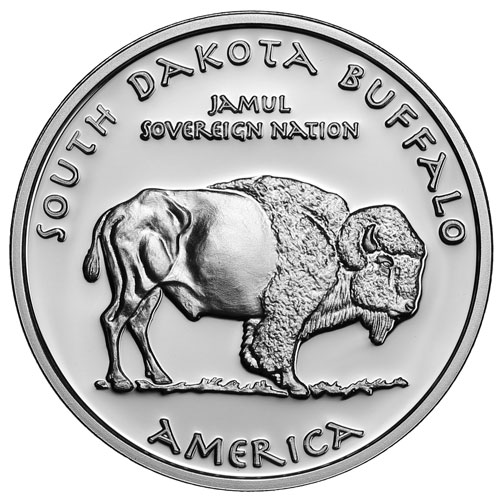 The 2016 release of Native Dollars from the Native American Mint got underway with the debut of the Sioux Buffalo coin. With a distinctly tribal flair to the artistry and design of these coins, this 6th release in the series continues its brilliant design theme for those collectors looking for something new in their personal catalog. Right now, the 2016 1 oz South Dakota Sioux Buffalo Silver Coin is available from JM Bullion.

The people of the Sioux tribe are among the largest Native American tribes in the United States and across North America. Although used as a blanket term at times, Sioux can actually refer to any member nation of the Great Sioux Nation. Of these, the three major divisions are recognized as the Santee, the Yankton-Yanktonai, and the Lakota.

Each of these major tribes within the Sioux nation controlled different regions historically in the Upper Midwest and southern Canada. The Santee lived in the Eastern Dakotas, Minnesota, and northern Iowa. The Yankton resided in the Minnesota River Valley, and the Lakota resided across large swaths of the Western Dakotas. It is the Lakota who are most well known, primarily for their warrior culture.

On the obverse is the image of a Sioux warrior wearing full chieftain headdress. Today, the Sioux peoples number nearly 170,110 spread across the US states of South Dakota, Minnesota, Nebraska, Montana, North Dakota, Iowa, Wyoming, Wisconsin, and Illinois. In Canada, they can be found throughout Manitoba, Alberta, and Saskatchewan.

The reverse of the coin features the right-profile image of a full-size buffalo, complete with the engravings of South Dakota Buffalo and America. Each of these coins has a satin finish, which gives them a mirror-like finish instead of the typical matte finish of proof coins.

If you have any questions about these Native American Mint coins, please dont hesitate to ask. A JM Bullion associate is available to answer your questions at 800-276-6508, online using our live web chat, and via our email address.