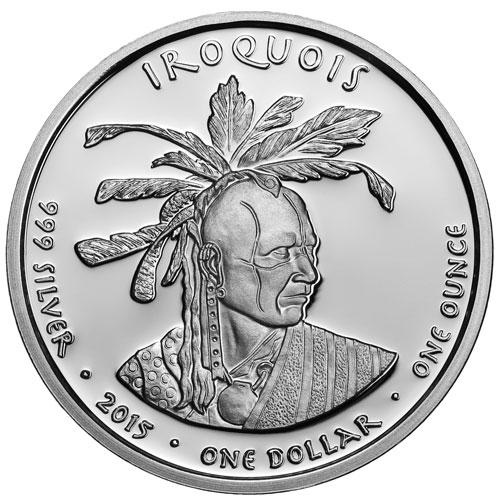 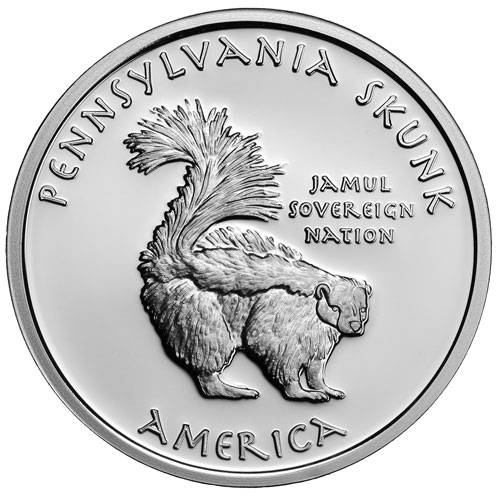 Historically, the Iroquois tribes of the American Northeast were among the most fearsome and powerful tribes on the continent. As part of the Native Dollars series of silver proof coins from the Native American Mint, the final release of 2015 was the 2015 1 oz Proof Pennsylvania Iroquois Skunk Silver coin, which is available today on JM Bullion.

Known originally to the French as the Iroquois League, and later to the British as the Five Nations, the Iroquois tribes of North America were historically powerful and important in the formation of the northeast Native American confederacy. The Iroquois eventually became known as the Six Nations around the American Revolution, including the Mohawk, Onondaga, Oneida, Cayuga, Seneca, and Tuscarora peoples.

Throughout the course of the tribes history, the Iroquois people absorbed a number of other tribal groups through direct warfare or by sheltering displaced nations. The Erie, Susquehannock, and Wyandot (or Huron) all were absorbed into the Iroquois. Today, there are roughly 125,000 registered members of the Iroquois, with their numbers split between Canada (45,000) and the United States (80,000).

On the obverse face of these coins youll find the image of an imposing Iroquois warrior, whose haunting gaze would unsettle any opponent in battle. The name of the tribal nation, Iroquois, is engraved above, while the coins purity, metal content, year of issue, value, and weight are engraved below.

The reverse features the image of a skunk, along with the name of the state represented, Pennsylvania, and the word America. Each of these 2015 1 oz. Proof Pennsylvania Iroquois Skunk Silver coins has a satin proof finish, which means youll notice a mirror-like finish rather than a matte appearance.

While these coins do have a face value, the Native American Mint and individual tribes are not permitted under US federal law to strike coins with legal tender values.

If you have any questions, please feel free to reach out to JM Bullion at 800-276-6508, connect with us online using our live chat, or email us.