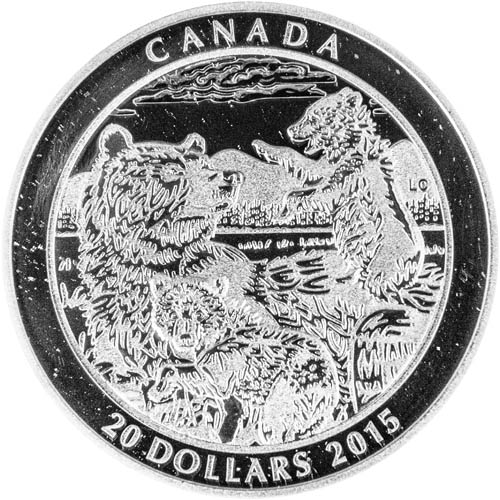 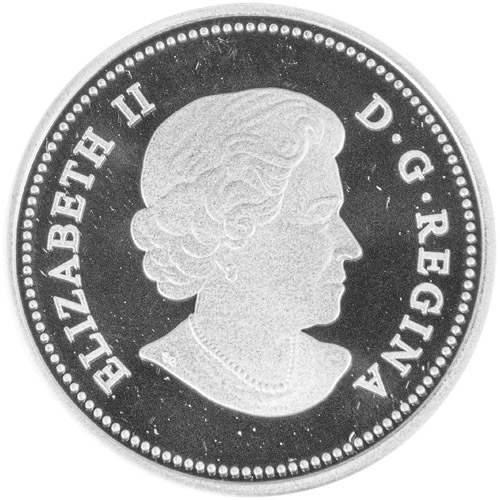 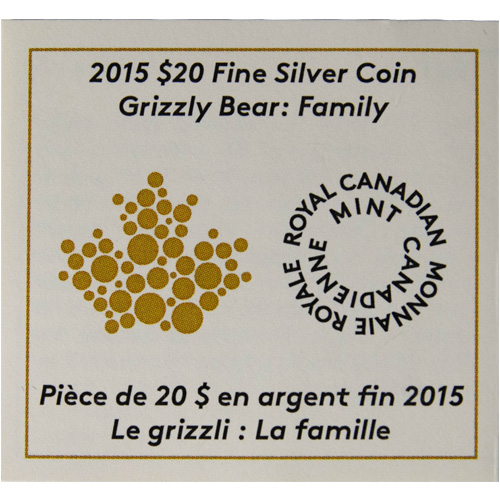 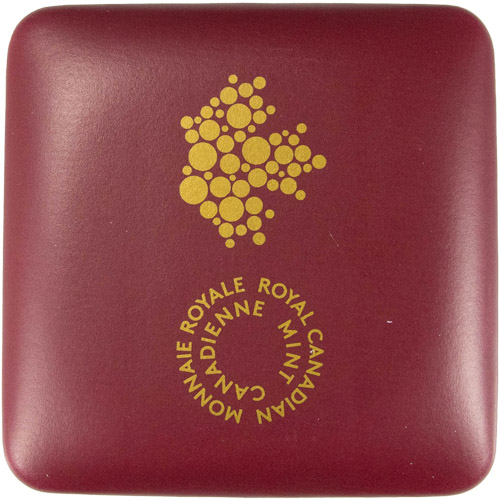 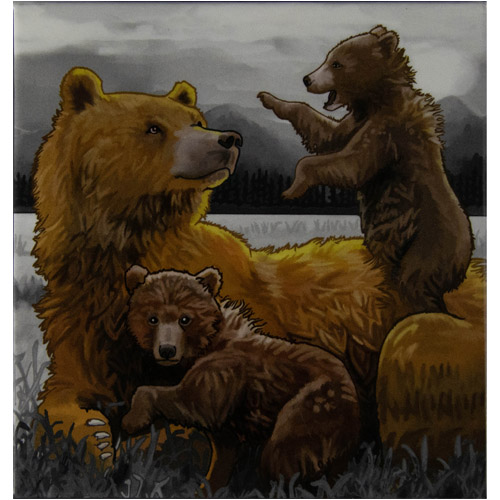 One of the many characteristics of the grizzly bear that many people tend to forget is the family values in which these creatures hold. Many times, grizzly bears tend to strike fear in the hearts of humans. However, the chemistry between a grizzly bear family, especially that of a mother bear and her baby cub, is impeccable. This coin release for 2015 is a great representation of the family values that bears have. Right now, the 2015 1 oz Proof Canadian Silver $20 Grizzly Bear Family Coin Box COA can be purchased right here from JM Bullion.

Few animals are able to fully symbolize the Canadian wilderness and it’s rugged terrain like the grizzly bear can. That’s why this Silver Grizzly Bear collection from the Royal Canadian Mint is so special. The 2015 1 oz Proof Canadian Silver $20 Grizzly Bear Family Coin has been struck in 99.99% pure silver and is considered a legal tender of Canada. When ordering from JM Bullion, you will receive this coin in a special maroon presentation box with a Certificate of Authenticity.

The intricate designs featured in the Silver Grizzly Bear Coin collection from the Royal Canadian Mint have both character and extremely high detail. Since the Mints founding in 1908, it has released many memorable gold and silver products into the bullion world for collectors and investors everywhere to enjoy. The Silver Grizzly Bear Coin series has featured multiple designs, including the Catch, the Battle, and Togetherness.

The obverse of the 2015 1 oz Proof Canadian Silver $20 Grizzly Bear Family Coin shows the portrait of Queen Elizabeth II designed by Susanna Blunts in 2003. There are also two inscriptions: ELIZABETH II and D.G. REGINA. Her Majesty is shown from her right-facing profile, and she is included on this coin to honor her as a renowned leader.

The reverse of the 2015 1 oz Proof Canadian Silver $20 Grizzly Bear Family Coin depicts a family of grizzly bears. There is a mother grizzly bear with her two cubs. One cub is cuddled next to her side, while the other stands on its hind legs in a playful manner. In the background, the viewer can catch a glimpse of the Canadian wilderness. The country of origin, value, and the release year are also on this side of the coin.

Our team at JM Bullion is here to answer any additional questions you have about these 1 oz silver coins. Contact us via email, online live chat, or by phone at 800-276-6508.