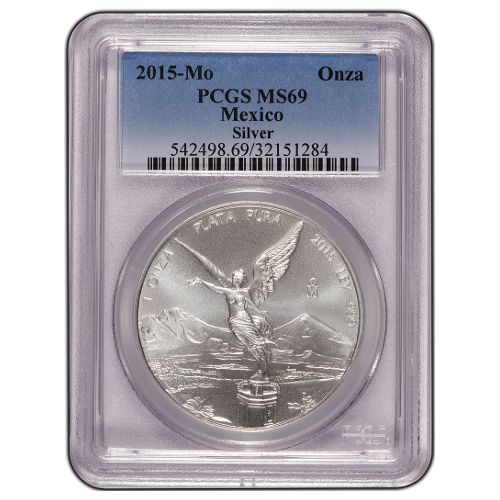 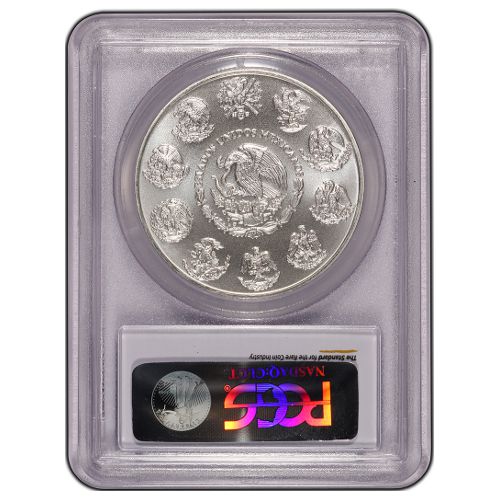 The Mexican Silver Libertad coin was originally developed to celebrate the nations triumphant struggle for independence. Featuring images that remind the people of Mexico about their battle against Spain more than 200 years ago, the Libertad is a treasure in Mexico. Today, the 2015 1 oz. Mexican Silver Libertad Coin is available from JM Bullion.

Mexico first introduced the Libertad coin series in 1982. Although the series is just over 30 years old, the designs used on the coins reverse and obverse date back to the early 20th century. The images were featured on previous Mexican coins struck in the 1920s to honor the centennial of the beginning of Mexicos War of Independence with Spain.

On the reverse side of each coin is the modern coat of arms for Mexico. Featured in the center, this image includes a bald eagle perched on a cactus as it battles a serpent. Surrounding the image is the coat of arms used by Mexico in the past.

The obverse side of each coin features two of Mexicos most revered symbols of independence. First, the winged statue of victory is set in the middle of the image. Behind her, the twin volcanic peaks that played a role in ancient Mexican cultural tales that date back to the time of the Aztecs.

Each coin in this product listing is available in Mint State 69 condition from the PCGS. A coin in this condition maintains its full, original luster, but may have as many as two detracting marks. These flaws are not visible however within the primary focal areas of the coins surface.

The Mexican Mint strikes these coins on an annual basis for the Bank of Mexico. Multiple weights are available from the Mint. Mexicos central mint was founded by the conquering forces of Spain in 1535, making it the oldest refinery in the Americas.

If you have any questions about these Libertad coins, we encourage you to reach out to a JM Bullion associate. Were available at 800-276-6508, online using our live chat service, and via email. If you are looking for similar products, check out the Mexican Silver Libertad page of JM Bullion’s website.