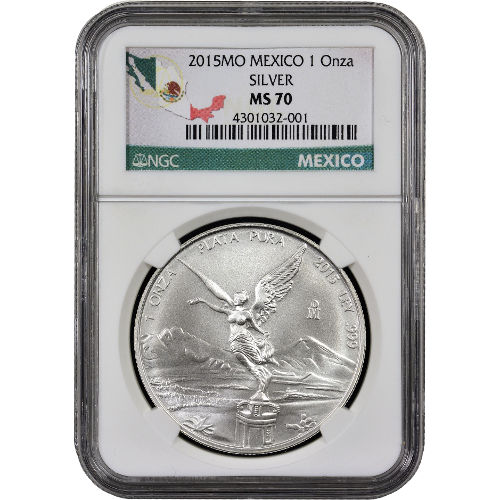 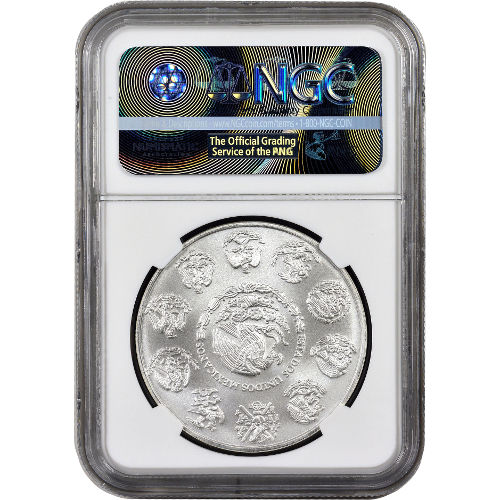 Mexicos official bullion coin program may not have the notoriety of those from the Royal Canadian Mint or United States Mint, but the oldest minting facility in the Western Hemisphere is no slouch when it comes to the production of valuable coins with impressive designs. Right now, the 2015 1 oz Mexican Silver Libertad coin is available in perfect condition from JM Bullion.

Banco de Mexico officially issues a floating face value to these coins, and as such, no monetary value is engraved on the coins. In order to use them in everyday transactions, consumers and vendors would have to call the ban to learn the current value.

As an investment tool, these 2015 1 oz Mexican Silver Libertad coins are perfect. The NGC issued MS70 grades to each one available from JM Bullion, meaning that each has its full, original mint luster and no detracting flaws.

On the obverse is the image of winged victory. Known as the Angel of Independence, her likeness was erected on the Victoria of Mexican Independence Column in Mexico City in the 1920s during the nations centennial celebration of its independence from Spain.

The reverse of the 1 oz coins features the modern coat of arms for Mexico in the center of the design, with 10 different historical versions of the emblem used throughout the nations independent history.

La Cada de Moneida de Mexico, or the Mexican Mint, is the official minting facility of the national government. Operated by the Central Bank of Mexico, Banco de Mexico, the facility has produced Mexican Silver Libertad coins in bullion versions since 1982.

If you have questions, JM Bullion associates can help. You can reach us on the phone at 800-276-6508, online using our live chat, or via email.