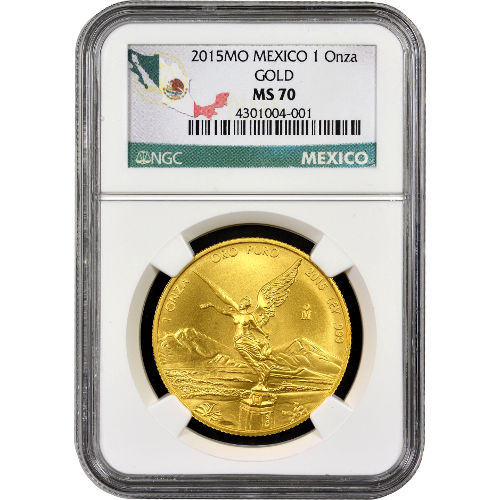 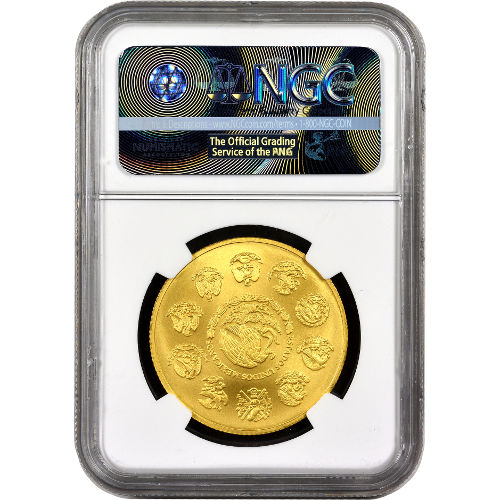 Mexicos official gold bullion product bears images reminiscent of the nations struggle for independence that began back in 1820. The Angel of Independence was a driving force that sustained the Mexican people during their eight-year battle, while the national coat of arms was developed following the struggle as a reminder of their hard-fought victory. Today, these images appear on the 2015 1 oz Mexican Gold Libertad coin, available now from JM Bullion.

Mexican Gold Libertad coins had a rocky start to production at the Mexican Mint. The coins debuted in 1981 in bullion versions with a 1 oz, oz, and oz weight available. However, the coins would not be produced again until 1991, when the original weights were struck along with the new 1/20 oz and 1/10 oz coins. Further stoppages occurred between 1995 and 1999, and again in 2001.

Since 2002, the Mexican Mint has produce the nations official gold bullion product in these five weights on an annual basis, though the mintage levels remain extremely low. In 2015, a reported 1,440 coins in total were struck in the 1 oz variety.

Each of these 2015 1 oz Mexican Gold Libertad Coins is available with a perfect grade from the NGC. MS70 coins have their full, original mint luster, and no detracting flaws of any kind on the surface.

The obverse bears a depiction of the statue of Winged Victory. A symbol of the resistance, she holds up the wreath of self-governance and the broken chains of slavery and bondage in the other. On the reverse of each coin is the modern coat of arms for Mexico, which features an eagle perched on a cactus as it battles with serpent.

The Mexican Mint is the oldest operating facility in the Western Hemisphere, having been founded in 1535 by the Spanish. Today, it is owned by the federal government in Mexico, and operated on a daily basis by Banco de Mexico.

If you have questions, please direct them to a JM Bullion associate on the phone at 800-276-6508, connect with us online using chat, or submit them in an email.