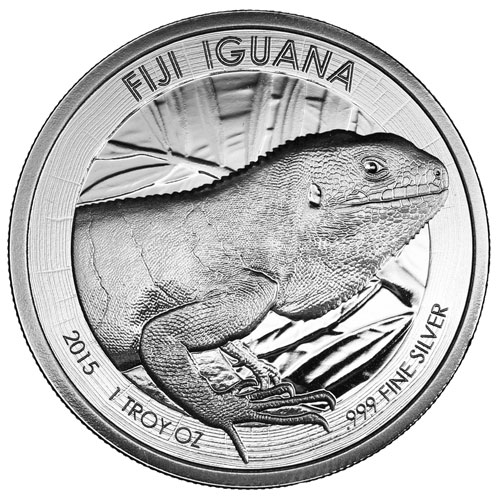 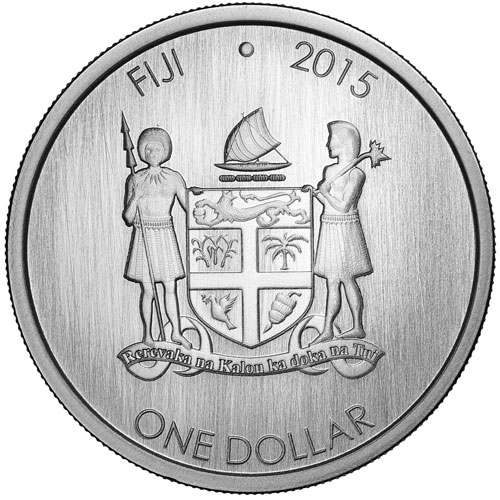 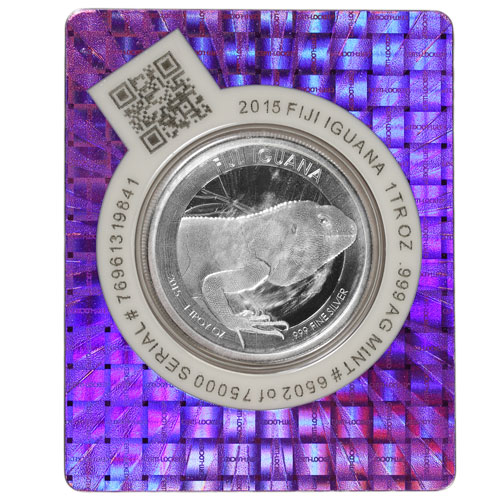 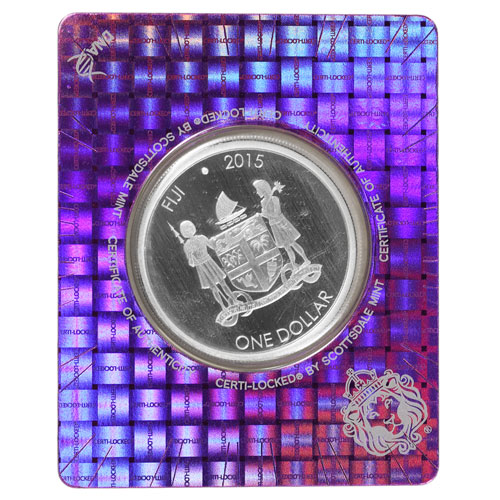 After losing out on the Taku Silver Coins in 2013, the island nation of Fiji is back with a unique silver coin that features a native species on the obverse side of the coin. In the second release of the annual Fiji Banded Iguana Silver Coin, the Scottsdale Mint has teamed up with the nation to strike a brilliant legal tender coin. Right now, the 2015 1 oz Fiji Iguana Silver Coin is available from JM Bullion.

The Fijian banded iguana is an endemic species in the islands of Fiji, and is found mostly on the less inhabited islands within the chain of islands that comprise Fiji. The animals are considered endangered, with much of the threat posed by loss of habitat and the introduction of predators such as the rat and mongoose.

On the obverse face of the 2015 1 oz Fiji Iguana Silver Coin is the image of a Fijian banded iguana, with engravings that include the name of the series, the year of release, the weight, purity, and metal content of the coin.

The reverse side of each Fiji Iguana Silver Coin includes the crest for the nation of Fiji, which depicts a pair of warriors holding a shield that represents various aspects of Fijian culture. Engravings on this face identify the nation of issue, year of issue, and the face value of the coin.

Each 2015 1 oz Fiji Iguana Silver Coin is the second-annual release in the series and represents the first legal tender Fijian coin since the Fiji Taku, now Niue Hawksbill, from the New Zealand Mint. Scottsdale Mint partnered with the Fijian government to strike these bullion coins.

Scottsdale Mint is a private facility located in Arizona. The mint prides itself on sustainable precious metal production through the use of recycled sources of silver, and also produces bullion coins for the Congo.

Please feel free to contact JM Bullion with any questions. Were available at 800-276-6508, online using our live chat, and via email.