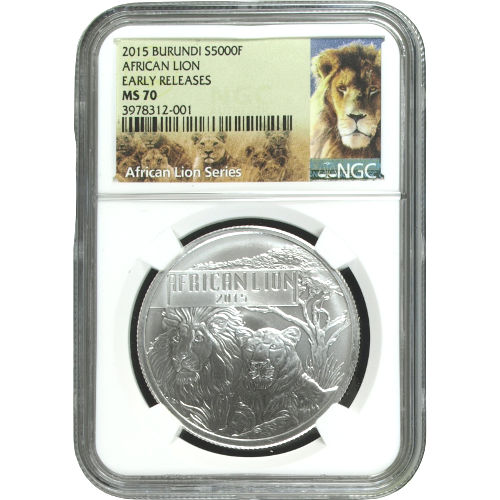 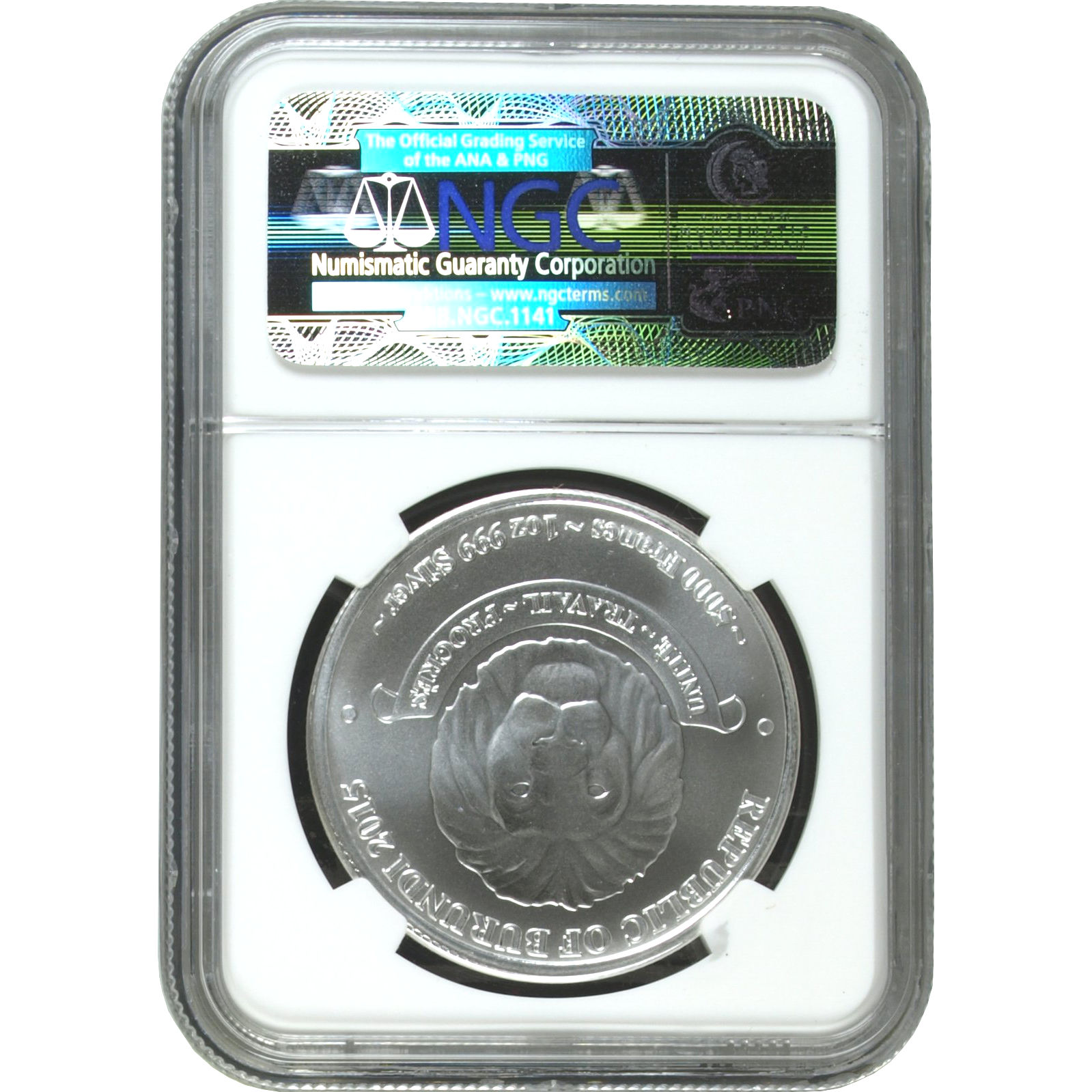 Authorized by the Burundi government in Africa, the 2015 1 oz Silver African Lion Coin has been graded and certified as an MS70 Early Release by the NGC. Each coin bears a unique design which contains 1 troy ounce of .999 pure silver and is shipped in its NGC certified coin slab. The coins also have a limited mintage and a 5,000 Burundi Francs face value.

This past year, Burundi released the first piece from its exclusive “African Lion” coin series, the 2015 1 oz Burundi Silver African Lion Coin. Only 50,000 coins will be minted during its limited release and JM Bullion pleased to offer a number of the Early Release (ER) editions. Each 1 oz coin has been finely crafted from 99.9% pure silver, giving it a legal tender face value of 5000 Burundi francs. Further contributing to the value of the piece is its exceptional grade of MS (Mint State) 70, as certified by the NGC or Numismatic Gauranty Corporation. Coins that have been assigned this particular grade are considered to be in near perfect condition and highly sought after by collectors and investors alike. All coins will arrive encased in their original evaluation slabs and accompanied by a certificate of authenticity.

The artwork for this stunning piece transports viewers to the African savanna for a visit with the continent’s most celebrated creature, the lion. Depicted on the obverse of the coin is a male lion with its thick mane as its lays next to its female companion. The penetrating gaze in their eyes suggests that they may be vigilantly watching for some approaching prey. Wildlife enthusiasts are certain to be impressed by not only the detailed rendering of the lions themselves, but of their native habitat as well. Both the Boabab trees and tall blades of grass that surround them are enough to make the viewer feel as though they were on safari. Printed directly above the heads of the lions are the words, “African Lion 2015.”

While the obverse of the coin pays tribute to the exotic wildlife of Burundi, the reverse side of the coin honors its rich cultural heritage with an artistic interpretation of the nation’s coat of arms. It features a lion’s head in the center of the design, along an inscribed scroll beneath it. The inscription bears the national motto, “Unite, Travail, Progress,” which is French for “Unity, Work and Progress.” Encircling the image is the phrase, “Republic of Burundi,” followed by the mintage year, denomination, weight and purity of the coin.