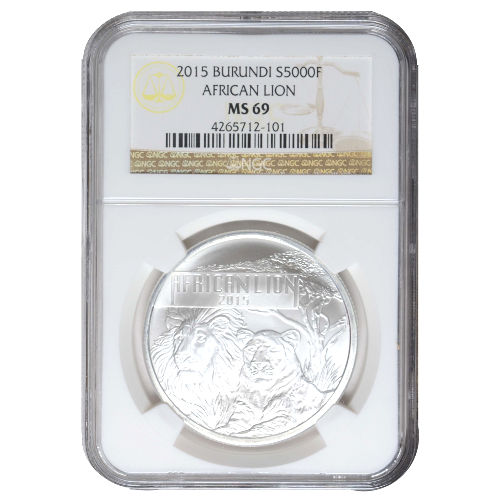 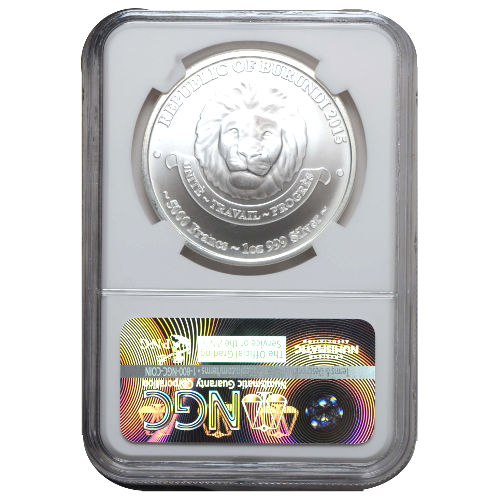 Known as the King of Beasts, the African Lion is one of the most feared animals on the planet. These massive cats roam the open savannas and grasslands of sub-Saharan Africa, including the nation of Burundi. One of the many coins struck featuring African wildlife, the 2015 1 oz Burundi Silver African Lion coin is the first in its series, and is available now from JM Bullion.

Similar to the Somalian Silver Elephant coin, the African Lion was chosen as the face of this coin to call attention to its vulnerable status on planet Earth. One point in history, the lion was believed to be the most widespread land mammal behind only humans. However, the African Lion has seen its numbers decrease by 30 to 50% over the last two decades of the 20th century alone.

On the obverse side of the coin, the image of two adult lions with stoic glares graces the coins surface. A male lion, on the left, and female, on the right, are featured in the grasslands of the savanna. The lone engraving is set above their heads, with a box reading African Lion 2015.

The reverse side of the coin is a take on the official seal of the nation of Burundi. In the image, a lone male lions head is featured facing the viewer. The national motto of Unite, Travail, Progres is featured on a banner below the lions head. Translated from French to English, the motto means Unity, Work, Progress. An engraving of the coins face value, weight, metal content, purity, and the phrase Republic of Burundi 2015 are also featured on this side.

Each of these coins is available with an NGC grade of MS69. Considered near-perfect coins, these products have their full, original luster, and no more than two minor detracting flaws on the surface.

If you have questions, please feel free to contact a JM Bullion associate at 800-276-6508. Were also available online using our live web chat and email services. If you are interested in similar products, check out our full selection of Burundi African Lion Silver Coins.