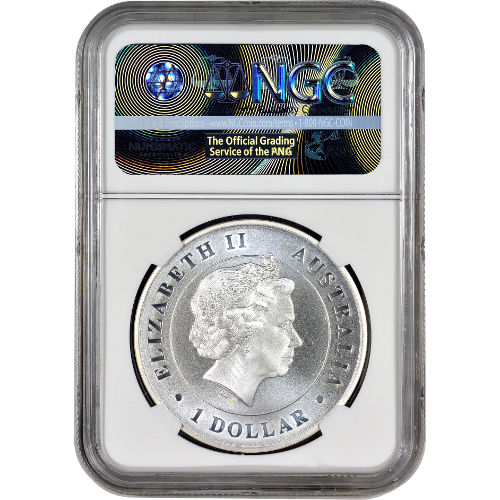 The Perth Mint is known for producing bullion and proof coin programs honoring the nations famous wildlife species. While the Koala, Kookaburra, and Kangaroo are common creatures on Australian coins, they are not the only ones to represent the nation. Right now, the 2015 1 oz Australian Silver Funnel-Web Spider Coin is available in perfect condition from JM Bullion.

In 2014, the Perth Mint released the Saltwater Crocodile coin as part of a new series celebrating deadly and dangerous animals. The funnel-web spider is the follow-up to that successful coin program, and has a total mintage of one million coins. The funnel-web spider is actually a subspecies of deadly spider that consists of 40 distinct species, each of which has incredibly deadly venom.

Each of the 2015 Australian Silver Funnel-Web Spider coins in this JM Bullion listing has been graded a perfect specimen by the NGC. Coins with an MS70 grade have their full, original mint luster and no detracting flaws of any kind on their surfaces.

The reverse face of the coin bears the image of a hairy, eight-legged funnel-web spider. Engravings on this face include the engraving of Australian Funnel-Web Spider, as well as the year of issue, weight, purity, and metal content of the coin, as well as the Perth Mints P mint mark.

On the obverse is the image of Queen Elizabeth II, featured in right-profile relief as she is on all Commonwealth coins. This particular design comes from Ian Rank-Broadley, and was created in 1998. It is accompanied by engravings that include Elizabeth II, Australia, 1 Dollar, and the IRB initials of the designer.

Perth Mint was founded in 1898 as the third and final facility in the British Royal Mint system. Following Australian independence, it would be nearly 70 years before the Perth Mint transferred to Australian control. The state government of Western Australia currently controls the facility.

Please direct your questions to a JM Bullion associate on the phone at 800-276-6508, connect with us online using our live web chat, or email us.