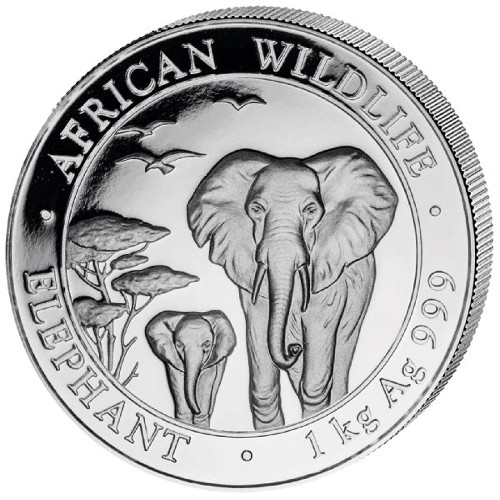 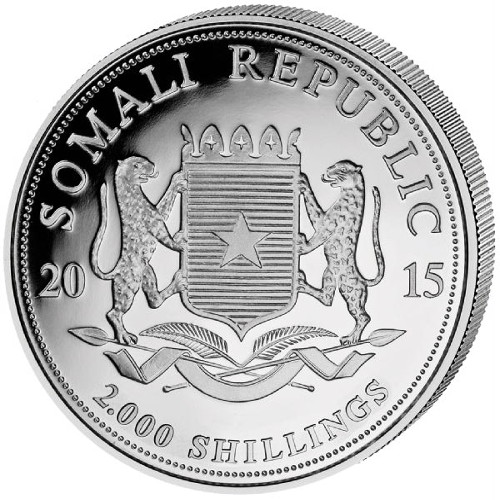 The African Wildlife Coin series was introduced to call attention to the beauty, and in some cases endangered status, of the continents native animals. The African elephant is the largest land mammal in the world, and features on the reverse side of the 2015 1 Kilo Somalia Silver African Elephant Coin, now available from JM Bullion.

Since 2004, the coins were issued for Somalia, with their status as legal tender in question due to the volatility of the nation and its lack of a strong central government. Each year, the coins include a brand-new image on the reverse side of the coin.

On the reverse side of the 2015 1 Kilo Somalia Silver African Elephant Coin is the image of two elephants walking across the savanna, a male bull in the lead. In the background, tall trees are visible rising toward the sky, while birds fly overhead. Engravings include Elephant, African Wildlife, and the coins purity and metal content.

The obverse side bears the official coat of arms for the Republic of Somalia. The national emblem is featured in the middle, with engravings of Somali Republic, 2015, and the face value surrounding the image.

The Bavarian State Mint is one of Germanys four state-owned mints. Located in Munich, the mint is owned by the Free State of Bavaria and has struck Silver African Elephant Coins since their introduction.

JM Bullion is happy to answer any questions you might have about this product listing. Please direct your inquiries to one of our associates by calling us at 800-276-6508, chatting with us through our websites live chat feature, or sending us an email.