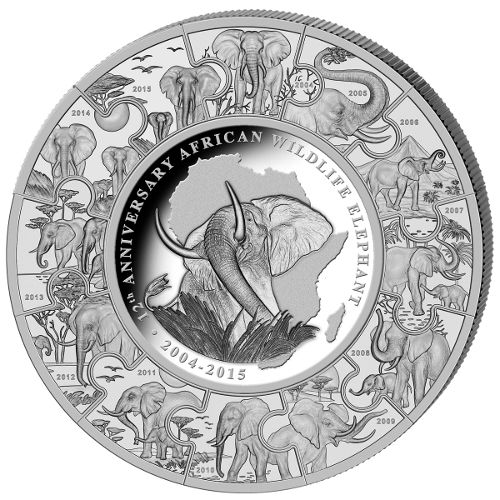 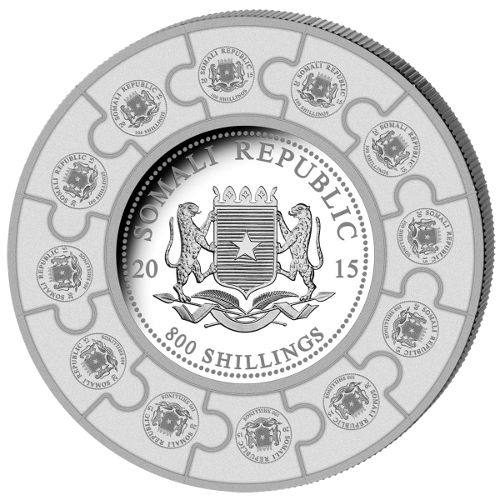 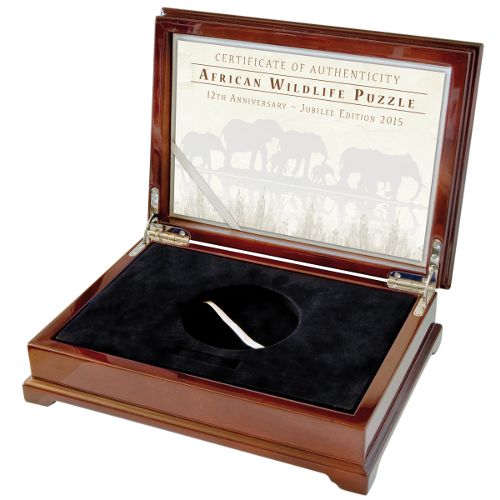 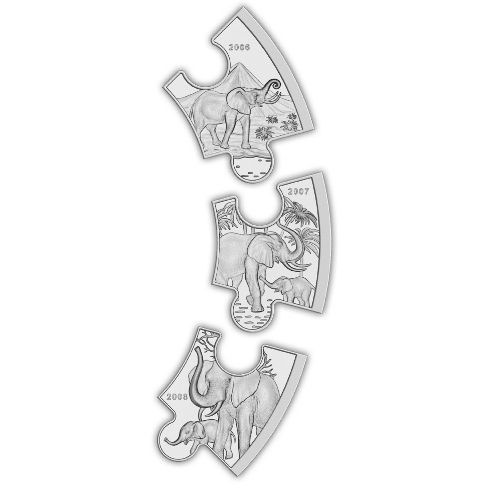 The African Elephant was first featured on a coin in 1999 when it was released as part of the same African Wildlife Series, but struck for the nation of Zambia instead. Beginning in 2004, the Bavarian State Mint produced the African Elephant coins each year for Somalia, creating a new design for the reverse each year.

In honor of the 12th year of its production for Somalia, the Bavarian State Mint created a puzzle coin that features a unique 2015 coin in the center, with interlocking pieces that go around the outside featuring all the reverse designs dating back to 2004.

On the reverse sign of the central coin, the image of an elephant raising its trunk and stomping through the grass is sent against a backdrop of the African continent. Engravings read “12th Anniversary African Wildlife Elephant” and “2004-2015.”

The Bavarian State Mint is a state-owned entity of the Free Republic of Bavaria, and is headquartered in Munich. The Mint is one of four state-owned entities in Germany, and though it produces these coins for the government in Somalia, its ability to guarantee them remains suspect.

If you have questions for a JM Bullion associate, please contact us at 800-276-6508, chat with us online, or send us an email. If you are interested in other products like this one, check out the Somalia Silver Coins page on JM Bullion’s website.