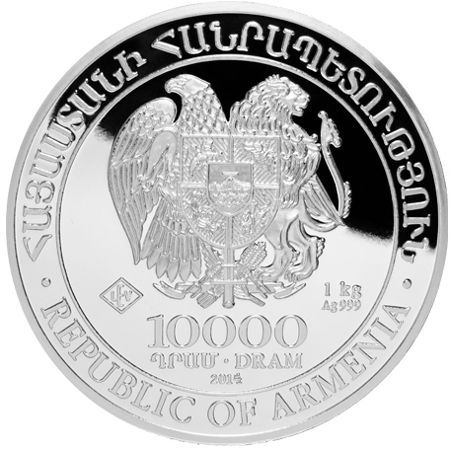 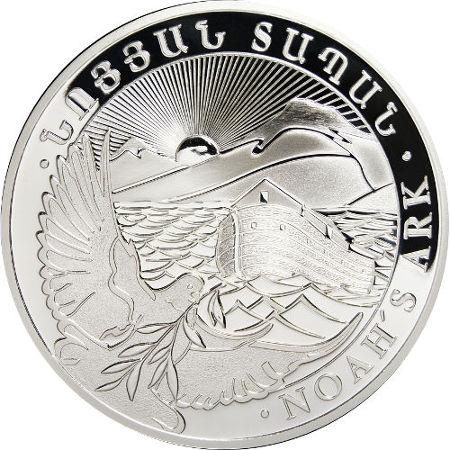 Armenias sovereign coin is one of the few in the world to feature biblical designs. The story of Noahs Ark is infamous from the book of Genesis in the Christian bible. Images depicting the ark are now featured on the nations increasingly popular sovereign coin. Today, JM Bullion offers the 2015 1 Kilo Armenian Silver Noahs Ark coin.

The Silver Noahs Ark coin is struck in a variety of weights each year, ranging from 1/20 oz. up to this massive 1 Kilo coin. Armenias connection to the story of Noahs Ark dates back thousands of years. Mount Ararat, once located within the boundaries of Armenia, was the landing point for the ark after the flood waters subsided.

In addition to this connection, the nation of Armenia declared Christianity its official state religion in 301 AD. That makes Armenia the first nation to adopt Christianity as its religion. Today, these coins are among the most popular in Europe.

On the reverse side of each coin is the imagery of Noahs Ark. With the sun rising over Mount Ararat in the background, Noahs Ark floats on the flood waters in the middle ground, and a single dove flies into the foreground holding an olive branch. Engravings on this side are in both Armenian and English, and read Noahs Ark.

Germanys Geiger Edelmetalle was founded in 1218, making it one of the oldest mints in Europe. The mint is one of Germanys four state-owned mints, and is contracted by the Central Bank of Armenia to produce these coins annually.

If you have questions about this product listing, dont hesitate to contact our associates. A JM Bullion team member is available at 800-276-6508, online through our web chat, or via email. If you are interested in similar products, take a look at the Armenian Silver Coins page on the JM Bullion website.