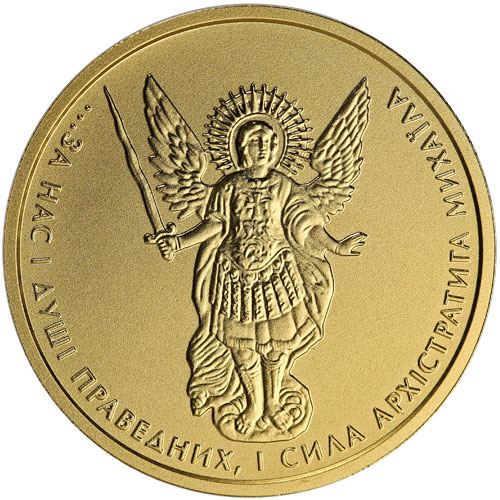 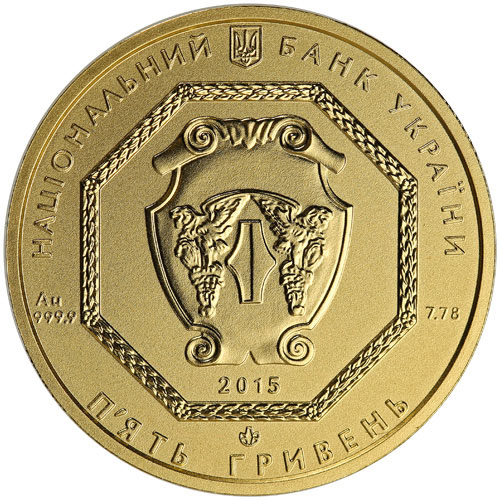 Each 2015 1/4 oz Ukrainian Gold Archangel Michael Coin in this JM Bullion listing is in BU condition. Coins in this condition exhibit no signs of wear and tear, though you may notice minor flaws including breaks in the luster, spotted surfaces, or contact marks from the coining process.

The Ukrainian Archangel Michael coin was introduced by the National Bank of Ukraine in 2011 as an annual release coin. These coins, like many other national sovereign bullion coin programs, are released each year without change to the obverse or reverse designs in use. When the coins debuted in 2011, there was a 1 oz silver option, a 1 oz gold option, and these oz Ukrainian Gold Archangel Michael coins.

In recent years, the National Bank of Ukraine has expanded the gold platform to include a oz and 1/10 oz coin. Debuting in 2012, these latter two fractional weights were initially quite popular. In recent years however, the oz has clawed its way back to the top as the most popular weight in the gold version.

On the obverse of the 2016 1 oz Ukrainian Silver Archangel Michael Coin is the image of Saint Michael. The archangel Michael has been depicted in many different ways throughout the course of Western civilization. Although the National Bank of Ukraine has opted for the image of Michael with a full suit of Roman armor and a sword with outstretched wings, another popular depiction is that of Michael standing above the dragon with sword and spear ready to slay the beast.

If you have any questions, please dont hesitate to contact JM Bullion. Our customer service team is available at 800-276-6508, online using our live web chat, or via our email address.