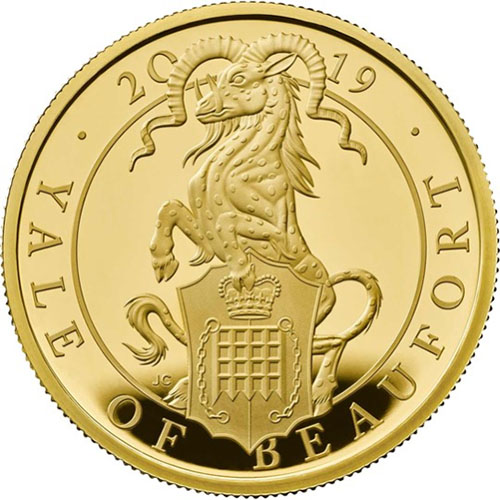 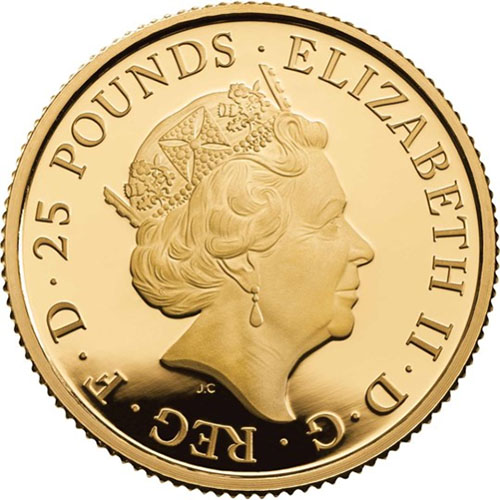 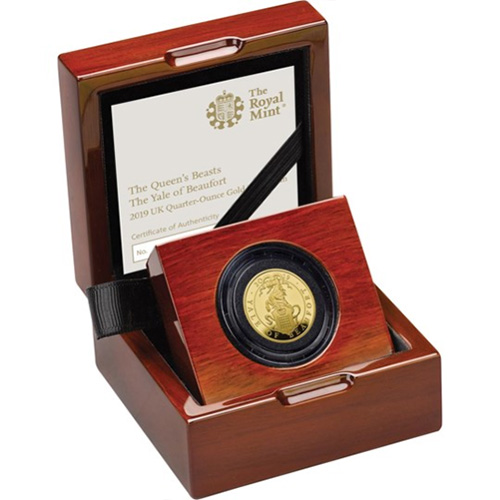 The beautiful gold coins of the British Queen’s Beast Series feature 10 designs in total, and with each release, the Royal Mint of England offers the coins in both bullion and proof options. While bullion coins have no mintage cap, the stunning proof versions have extremely low availability. Right now, 2019 1/4 oz Proof British Gold Queen’s Beast Yale of Beaufort Coins are available to purchase online from JM Bullion.

Each of the 2019 1/4 oz Proof British Gold Queen’s Beast Yale of Beaufort Coins is available to you with a Royal Mint of England display box. The coins are encapsulated within the box and come with a numbered Certificate of Authenticity from the mint. With a mintage of 1,250 coins, the 1/4 oz proof gold coin has the greatest availability among its proof gold counterparts.

These Proof British Gold Queen’s Beast Yale of Beaufort Coins feature stunning, frosted design elements and a mirrored background field. The contrasting finishes create a sense of visual differentiation between the design and the surface of the coin.

On the obverse of 2019 1/4 oz Proof British Gold Queen’s Beast Yale of Beaufort Coins is the image of Queen Elizabeth II. Her Majesty is depicted here in right-profile relief at the age of 89. The design was created in 2015 by Jody Clark as the fifth-generation portrait of the monarch during her record-setting reign.

The reverse of 2019 Proof British Gold Queen’s Beast Yale of Beaufort Coins features the heraldic beast from the Duke of Somerset. John Beaufort first carried this coat of arms featuring the mythical Yale supporting a shield with quarters of varying colors in its original design.

Lady Margaret Beaufort is responsible for bringing the Yale to the British Royal Arms. The only heir of John Beaufort, Duke of Somerset, she carried the Yale as her personal seal. Her second marriage to Edmund Tudor resulted in the birth of a son who would rise to the throne of England in 1485 as King Henry VII, founding father of the House of Tudor.