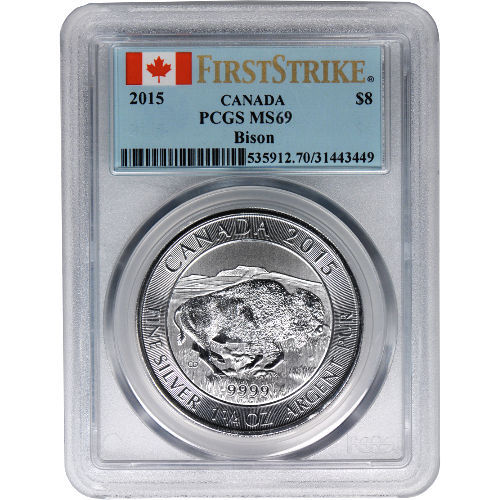 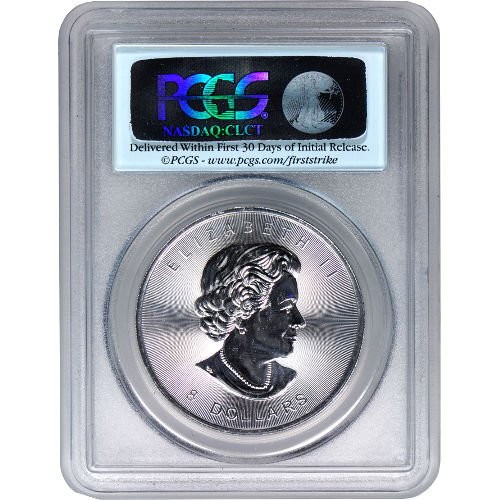 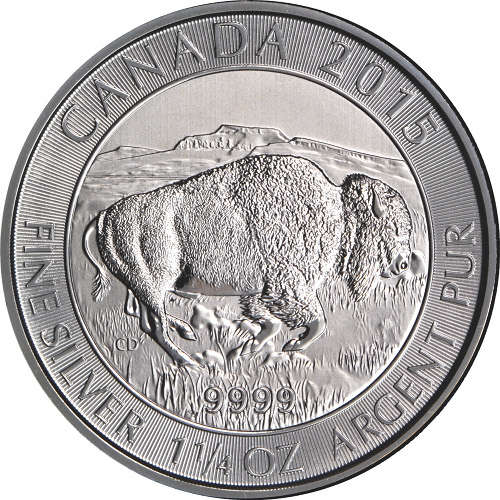 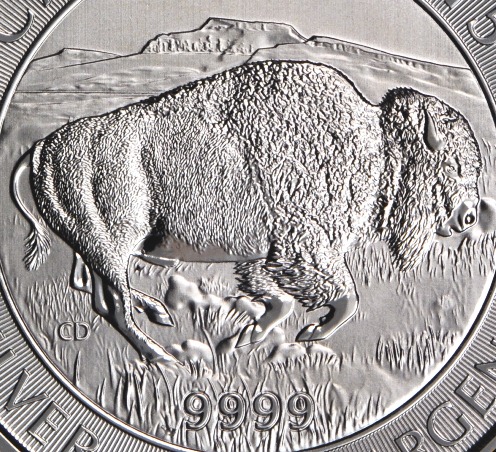 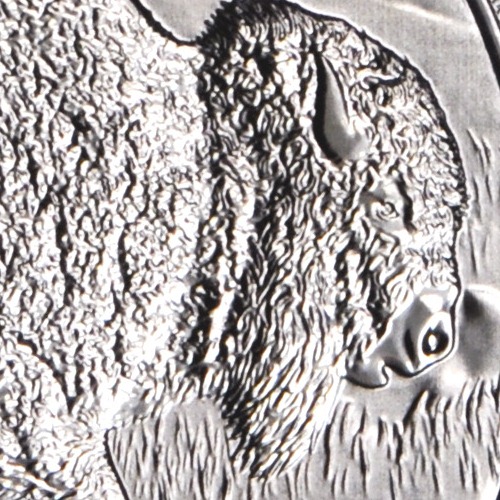 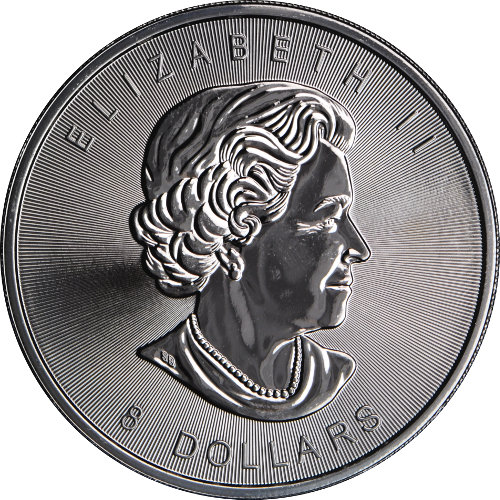 With a legal tender value of $8 CAD, the 2015 1.25 oz Canadian Silver Bison Coin is the first of its size ever produced by the Royal Canadian Mint. It has been skillfully composed from 1.25 troy oz of .9999 fine silver and measures 38 mm in diameter. Every silver bison coin included in this exquisite collection is guaranteed to be a genuine First Strike edition piece and possesses a near perfect grades of MS (Mint State 69), as certified by the PCGS (Professional Coin Grading Service).

In an attempt to protect the value of our customer’s investments, all coins have remained sealed in their original sealed evaluation cases to hinder any potential damage during the transport and handling.

The obverse of the coin transports viewers to the prairies of the Canadian wilderness for a glimpse of the eponymous bison. This majestic beast has been depicted charging through the open fields of its native habitat, perhaps to meet the rest of its herd.

From the dense texture of its fur to the terrain of the land surrounding it, resident artists have demonstrated exceptional skill in the detailed rendering of this powerful creature and its grassland home. Also incorporated into the coin’s design are its vital information, which appears along the coin’s border. Such information includes the coin’s purity, weight, mintage year and country of issue.

Serving as the primary focal point of the coin’s reverse side is none other than Great Britain’s reigning monarch, Elizabeth II. She represents Canada’s continued allegiance to both its former ruling nation and the monarchy. The queen has been regally portrayed in profile, wearing her signature pearl necklace and earrings.

Behind this effigy is a series of radial lines, which not only contributes to the design of coin but also prevents any attempts to counterfeit it. As a final touch, the queen’s title and the coin’s denomination have been printed directly above and beneath the effigy, respectively.

The 1.25 oz Canadian Silver Bison Coin is a new and innovative piece that is certain to become popular among both collectors and investors. For more information, please call us at 800-276-6508. Customers in need of additional support may use the live chat feature and online submission forms for further details.