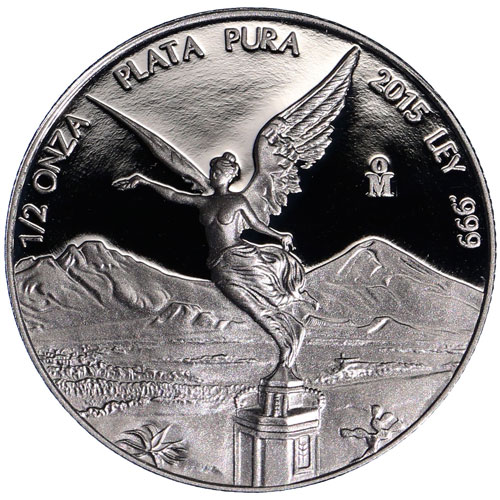 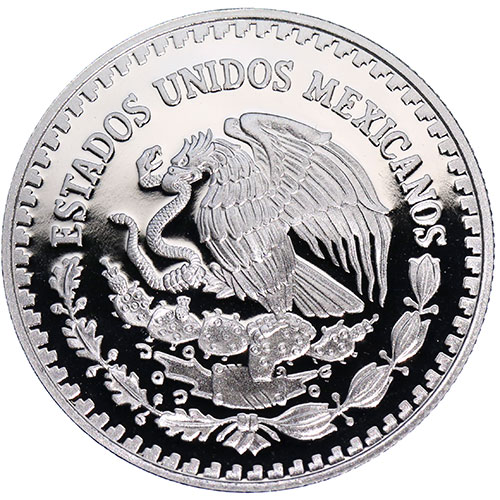 Mexican Silver Libertad coins have one distinction that many other sovereign coins do not. The Mexican Silver Libertad is a legal tender coin, but it is not issued a face value when it is struck. Banco de Mexico gives the coins a floating face value, meaning that use in circulation would require vendors to contact the central bank on a daily basis to determine the current value.

On the obverse side of each coin is the image of Winged Victory atop her pillar, as found in the center of Mexico City. The statue was erected in Mexico City in 1920 as part of the nations centennial celebration of independence from Spain, and is representative of the nations victory.

The reverse side of the 2015 oz Proof Mexican Silver Libertad coin bears the coat of arms for the country. In the image, an eagle is perched atop a cactus as it does battle with a serpent clutched in its claws and beak. Additional engravings include a wreath below and the countrys full name in Spanish, Estados Unidos Mexicanos, above.

The Mexican Mint is one of the worlds oldest operating facilities, having been founded in 1535 by Spanish conquistadors. The mint is operated by the government and the Banco de Mexico.

Please direct all questions to a JM Bullion associate at 800-276-6508, connect with us online using our live chat, or submit questions via email. If you are interested in similar products, you should check out our selection Mexican Silver Libertads.